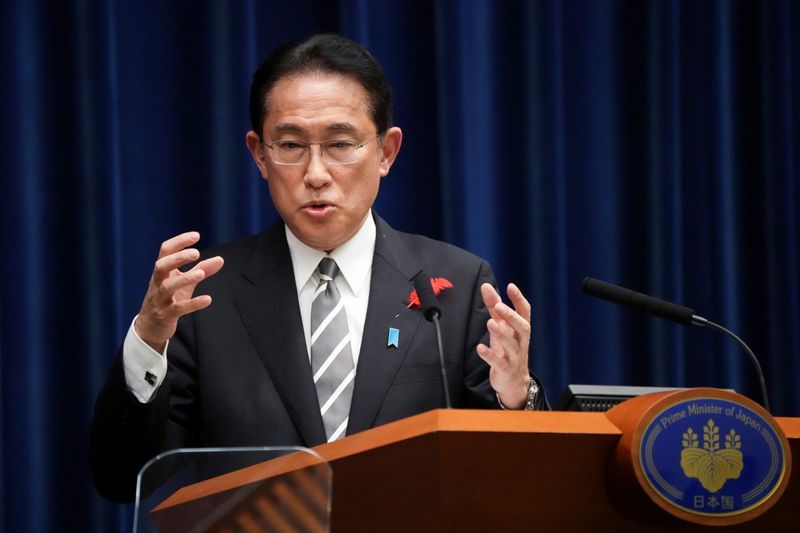 TOKYO (Reuters) – Japan’s new prime minister Fumio Kishida told reporters on Friday that he had spoken with South Korean President Moon Jae-in and told him that Japan wanted an “appropriate” response on disputes including compensation for forced wartime labour.

The neighbouring nations have long been at odds over territorial claims and their wartime history, including compensation for Koreans forced to work in Japanese firms and military brothels during Japan’s 1910-1945 colonial rule.

Disagreements over recent court rulings related to the forced labour issue have been followed by a dispute over export controls that has yet to be resolved.

Kishida, who became prime minister on Oct. 4, said to reporters that he told Moon that bilateral relations were in a “difficult situation”, adding “I strongly called for an appropriate response” on issues such as wartime compensation.

While he did not elaborate on that phrase, Japan has long argued that the matter of compensation was settled under a 1965 treaty between the countries.

It was Kishida’s first phone conversation with Moon.

Late in September, a South Korean court ordered that assets seized from Japanese firm Mitsubishi Heavy Industries be sold off to pay compensation to two women subjected to forced labour for the company during Japan’s occupation of the Korean peninsula, further straining ties.

On the subject of North Korea, which has conducted multiple missile launches in recent weeks, he said he and Moon confirmed that they would cooperate bilaterally in dealing with Pyongyang, as well as closely cooperating with the United States.

In July Moon scrapped plans to visit Tokyo for the Olympics and his first summit with then-premier Yoshihide Suga, but in August he said his government remained open to dialogue with Japan to step up cooperation.

Kishida, who on Thursday said he would prioritise “personal diplomacy,” said there were no plans at this point for a summit with Moon.

Blinken says Biden to tell Putin U.S. will stand up against aggressive actions