Other Sports: Snowboarding-Australia’s Hughes to grind through injury to Beijing 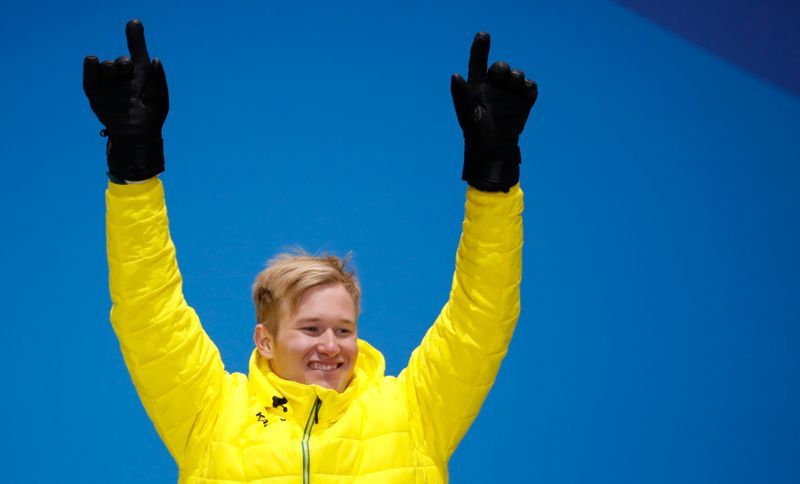 MELBOURNE (Reuters) – Having already battled back from six knee surgeries, determined Australian snowboarder Jarryd Hughes has no intention of letting an ankle injury derail his bid for another Olympic medal at the Beijing Winter Games.

Hughes, who won silver in the snowboard cross at the 2018 Pyeongchang Olympics, had to go under the knife yet again during the Australian winter after suffering a nasty fall when training at the Thredbo ski-fields.

The left ankle is unlikely to be fully healed by the time he lines up at Genting Snow Park outside of Beijing, and pain-killing jabs may be a regular part of his preparations.

But the 26-year-old is philosophical about the setback and probably won’t be the only one racing with niggles at the Games.

“What good story doesn’t have a bit of adversity?” Hughes asked Reuters from his home base in Sydney.

“Injuries are a part of sport, this is what I’ve got to do. I’m going to make sure that at the start of the Olympics I’ll be standing there with no excuses.”

Hughes is just counting his blessings that he was able to get surgery in the nick of time.

An outbreak of COVID-19 in Sydney mid-year was followed by a ban on non-essential surgeries to keep hospital beds free for an expected upsurge in admissions.

Had he not booked in quickly, he would have needed to wait out Sydney’s long COVID-19 lockdown and his Olympic campaign would almost certainly have been bust.

Hughes has reason to back his endurance, having defied plenty of aches and pains to become a trailblazer in winter sports for Australia.

At 20, he became the youngest gold medallist in snowboard cross at the 2016 Winter X Games in Colorado and Australia’s first champion in any discipline at the annual event.

After coming back from a fifth knee surgery, he took silver behind French master Pierre Vaultier at Pyeongchang, only one of three Australians to medal at the Games in South Korea.

The taxing nature of snowboard cross, which has competitors race each other down a twisting course of cambered turns, jumps and drops, has already led to twice Olympic champion Vaultier’s retirement due to knee problems.

“He actually went through what I went through, which was, we had an infection in our knees from surgery,” said Hughes.

“And he just couldn’t come back from it, unfortunately.

“It definitely takes one of the best competitors out of the field. It creates a unique opportunity (for others).”

He and Belle Brockhoff are world champions in the mixed teams, winning the title at Idre Fjall in Sweden in February.

Months-long lockdowns in Australia’s southeastern states have impacted training arrangements, but Hughes said the pair would catch up over the northern hemisphere winter before Beijing starts in February.

Snowboarders will not be able to try out the Olympic course until days before the event, which is fine with Hughes.

“I tend to like it a bit more when nobody knows what’s going on,” he said.

“The bigger and scarier it is, the better it is for me.”

(Reporting by Ian Ransom in Melbourne; Editing by Lincoln Feast.)