Other Sports: Alpine skiing-Shiffrin starts the season with her 70th World Cup win 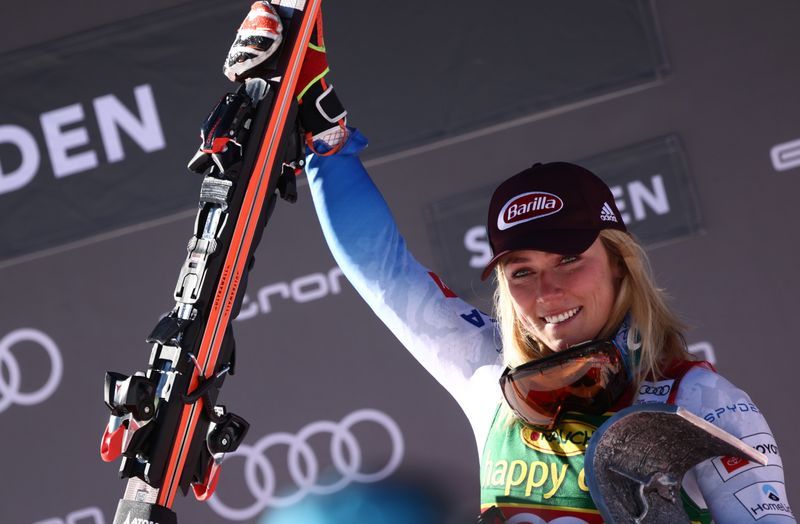 SOELDEN, Austria (Reuters) – Mikaela Shiffrin of the United States started the Alpine ski season with the 70th World Cup victory of her career on Saturday after a storming second run in a giant slalom in Soelden.

The reigning Olympic champion was 0.02 of a second slower than Switzerland’s Lara Gut-Behrami in the first run down the Rettenbach glacier but was then faster than anyone to beat the world champion by 0.14.

Slovakia’s Petra Vlhova, the overall World Cup champion, went from sixth to third — but 1.30 seconds off Shiffrin’s pace — in a race with some 9,000 cheering spectators enjoying sunny conditions in the Austrian resort.

Soelden starts the journey to Beijing, with three times overall World Cup champion Shiffrin expected to add to her tally of Olympic medals — two golds and a silver — from her two previous Games.

The 26-year-old won four medals from four races at last February’s Cortina d’Ampezzo world championships and is hoping to compete in all five individual women’s events in Beijing.

“Starting off the season strong is important, so I’m super happy,” said Shiffrin at the finish after her second win in the Austrian resort. She missed last year’s opener with a back injury.

“It’s early to start already racing in October and you’re like ‘Oh my gosh, here we go’. So sometimes I think people are not pushing so hard, they’re just trying to almost use it like training.

“But you have to really attack this hill and I’ve learned that the hard way… today was a good one.”

(Writing by Alan Baldwin in London, editing by Toby Davis)