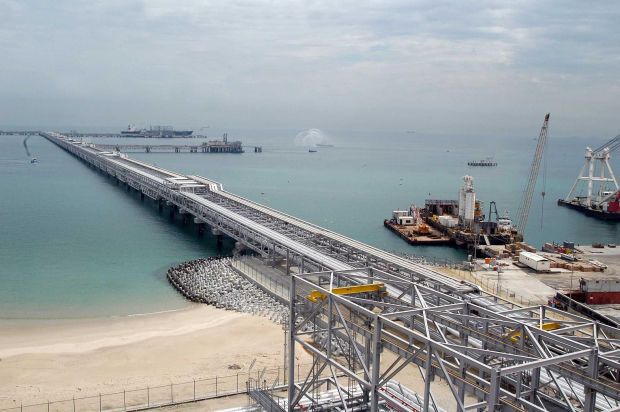 The dollar, seen as a safe haven, rose as worries about Chinese property developer Evergrande’s solvency spooked equity markets and investors braced for the Federal Reserve to take another step toward tapering this week.

“Oil gets more expensive for non-dollar markets and prices get a hit as a result, a bearish move backed by the stock market itself in an environment of risk aversion.”

Still, oil drew some support from signs that some U.S. Gulf output will stay offline for months due to storm damage.

Brent has gained 43% this year, supported by supply cuts by the Organization of the Petroleum Exporting Countries and allies, and some recovery in demand after last year’s pandemic-induced collapse.

Losses on Monday were limited due to supply shutdowns in the U.S. Gulf of Mexico due to two recent hurricanes. As of Friday producing companies had just 23% of crude production offline, or 422,078 barrels per day.

Crude pared its decline on Monday after Royal Dutch Shell said it expects an installation in the Gulf of Mexico to be offline for repairs until the end of 2021 due to damage from Hurricane Ida.

The facility serves as the transfer station for all the output from the company’s assets in the Mars corridor of the Mississippi Canyon area to onshore crude terminals.