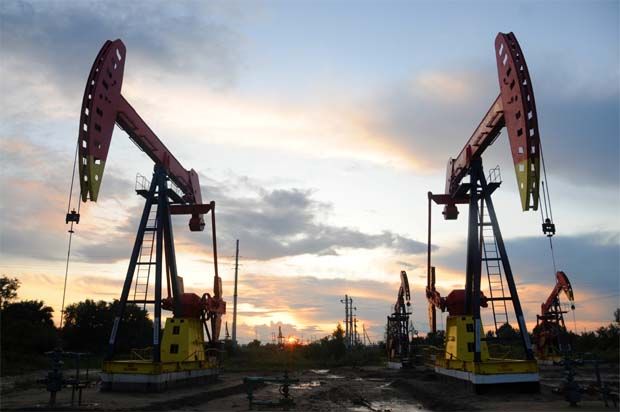 Both benchmarks were at one point up by $1 per barrel, but Brent crude pared gains and settled just up 44 cents at $74.36 a barrel, after falling by almost 2% on Monday.

The October West Texas Intermediate (WTI) contract, which expired on Tuesday, rose 27 cents to settle at $70.56 a barrel, after dropping 2.3% in the previous session. The more active November contract rose 35 cents a barrel to $70.49.

Brent and the November WTI contract earlier reached session highs of $75.18 a barrel and $71.48 per barrel, respectively.

“It seems to be a very nervous trade today,” said Phil Flynn, senior analyst at Price Futures group in Chicago. “It’s a little bit of ongoing concerns about the potential impact of demand going forward.”

The TASS news agency said Russia believes global oil demand may not recover to its 2019 peak before the pandemic, as the energy balance shifts.

However, the Organization of the Petroleum Exporting Countries and its allies including Russia (OPEC+) struggled to pump enough oil in August to meet current consumption as the world recovers from the coronavirus pandemic. Several countries appeared to have produced less than expected as part of the OPEC+ agreement – suggesting a supply gap could grow.

Investors across financial assets have been rocked by fallout from the China Evergrande crisis that has harmed asset values in risk markets like equities.

“Traders worried that it could trigger a domino effect in China’s major debt-driven companies, and a rollover bearish effect for stocks and commodity prices,” said Nishant Bhushan, oil markets analyst at Rystad Energy.

“However, given that all Chinese major banks and lending institutions are controlled by the government, there is a ray of hope in the market that the second biggest economy in the world would be able to absorb shock waves from the Evergrande.”

In addition, the U.S. Federal Reserve is expected to start tightening monetary policy, which could cut investor tolerance for riskier assets such as oil. Fed policymakers began a two-day meeting Tuesday.

About 18% of the U.S. Gulf’s oil and 27% of its natural gas production remained offline on Monday, more than three weeks after Ida.

Official U.S. government data is due on Wednesday.- Reuters