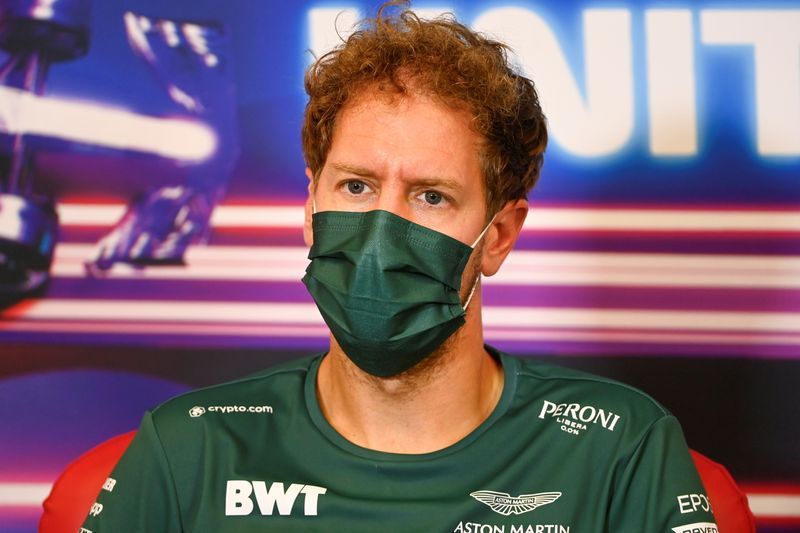 (Reuters) – Aston Martin’s Sebastian Vettel will take a grid penalty at the U.S. Grand Prix after exceeding his engine allocation for the season.

The four-times Formula One world champion, a winner at Austin’s Circuit of the Americas with Red Bull in 2013, has been struggling to score points recently with only one top-10 result in the last nine races.

“I think we are heading into, let’s say, a difficult weekend,” the German told reporters. “We are changing the engine and therefore we will have a penalty.

“We will see what we can do from where we start, and nevertheless, looking forward I think we can be strong here. How strong? We will see.”

Drivers are allowed three engines to last the season and any more than that triggers a grid drop. How many places depends on how many components of the power unit are changed.

Aston Martin use the same engines as champions Mercedes, whose seven-times world champion Lewis Hamilton took a 10-place grid drop for the same reason at the previous race in Turkey.

The Circuit of the Americas offers at least plenty of overtaking opportunities.

“I think it’s a good place to do it (take the penalty) and hopefully we’ll have an entertaining Sunday afternoon and get back in the mix,” said Vettel.

(Reporting by Alan Baldwin in London, editing by Ed Osmond)