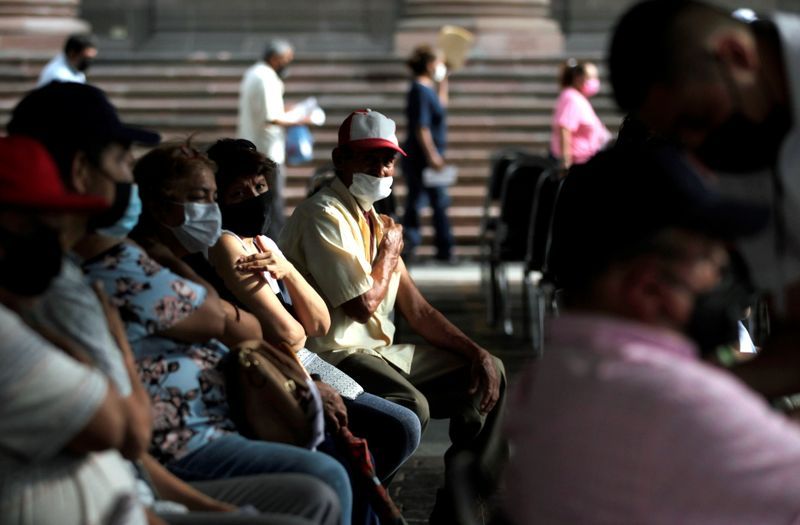 MEXICO CITY (Reuters) – Mexico’s health ministry said it had on Saturday received nearly 6 million AstraZeneca vaccine doses against COVID-19 as pressure grows on the government to widen its vaccination roll-out to include children.

The shipment of 5,993,700 doses followed the arrival of almost 6.5 million Sputnik V vaccine doses on Tuesday, easily the two biggest vaccine consignments Mexico has received, according to data on the ministry’s website.

Mexico has fully vaccinated against COVID-19 around 56 million people, or over 43% of the population, according to Our World in Data, a research group at Oxford University.

The government has yet to undertake a broad inoculation program for children, saying only that it would vaccinate up to a million aged between 12 and 17 deemed to be at high risk.

However, media reported this week that a court had ordered health authorities to give more vaccinations to children aged 12-17 just as other countries do so.

Separately, the health ministry reported 3,478 new confirmed coronavirus cases and 325 more fatalities, bringing Mexico’s overall death toll from the pandemic to 288,276 and the total number of cases to 3,805,765.

Officials have said the ministry’s figures likely represent a significant undercount of both COVID-19 cases and deaths.