Melaka polls: Pakatan yet to decide on three of four reps who withdrew support for state govt, says Anwar 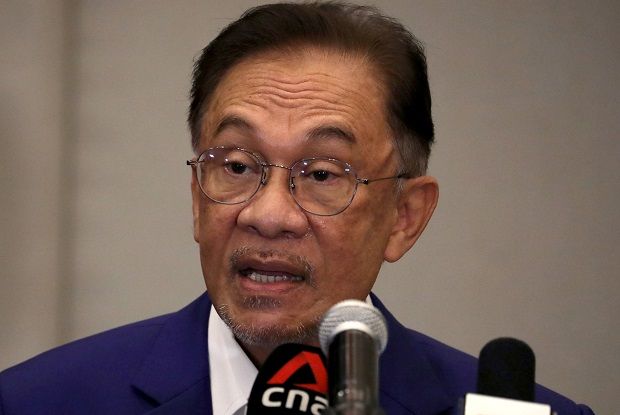 The Pakatan chairman said he would discuss the matter with Melaka Pakatan and then take it to the top leadership for a final decision if the trio can contest under its ticket for the Nov 20 state polls.

“I am aware of the comments being made on social media likening what they did to the Sheraton Move which caused the collapse of the Federal Government,” said Anwar.

“I actually disagree with that because what they did was to give the peoples’ mandate back to Pakatan,” he added when met after distributing Deepavali goodies to constituents in Kg India in Bukit Pelandok near here on Sunday (Oct 31).

This led to the dissolution of the state assembly by Governor Tun Mohd Ali Rustam, paving for state polls to be held on Nov 20.

The four were Paya Rumput assemblyman Datuk Mohd Rafiq Naizamohideen and Noor Effandi – both from Bersatu – as well as Rembia rep Datuk Muhammad Jailani Khamis (formerly PKR, now Umno) and Norhizam, who was then with DAP.

Anwar said Pakatan will only make a final decision on Idris, Nor Azman and Noor Effandi as Norhizam had been sacked by DAP.

On Oct 19, DAP had again said it would not accept Norhizam back into the party.

“We have to understand that Melaka Pakatan had sought their cooperation and they agreed to help return the peoples’ mandate which had been seized from us,” said Anwar.

Anwar said the three had already expected to be sacked by their parties for withdrawing support for the previous state government.

On a separate matter, Anwar said he would raise several issues related to Budget 2022 in Parliament on Monday (Nov 1).

He said more information is needed on non-Budget matters such as 1Malaysia Development Berhad, East Coast Rail Link, High-Speed Rail and the 5G network rollout as these involved tens of billions of ringgit.

“I had supported the Budget as it will help those in the lower-income category. But we need some clarity on the other projects which involved tens of billions of ringgit as these fall under the government’s responsibility,” he added.