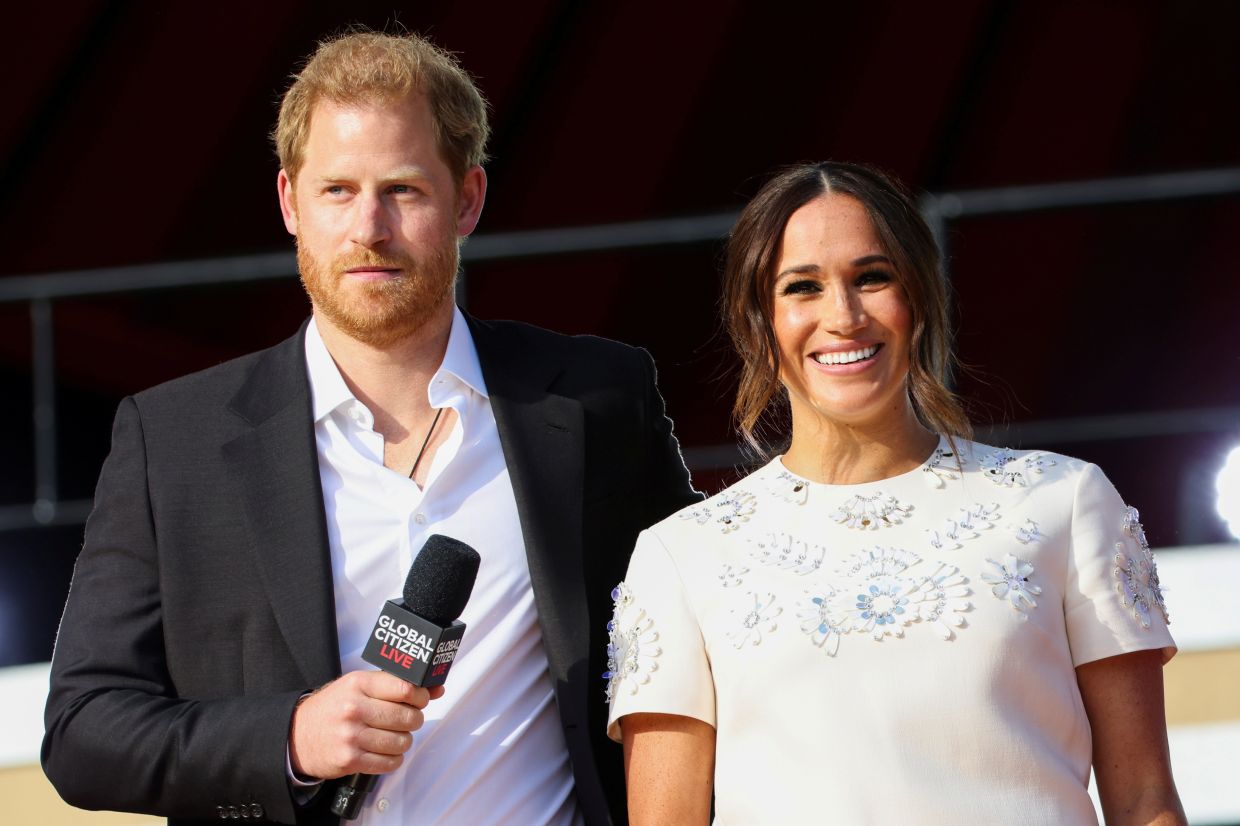 After just 18 months of living in their US$14mil (RM59mil) Montecito mansion, Prince Harry and Meghan Markle have reportedly realised they are not “over the moon” with the sprawling nine-bedroom estate and are are looking to sell, according to a new report.

In an “exclusive” story from the Sunday Mirror, Harry and Meghan have begun making private inquiries about selling the estate. While they are said to like the Santa Barbara area itself, they are not particularly “thrilled” with their house and its location in the community, even though it sits on almost 7.5 acres of lush grounds and is surrounded by pine and cypress trees.

A source told the Sunday Mirror that the Duke and Duchess of Sussex have begun to show interest in other houses in the area and are open to private offers.

“They are thinking of selling their house there,” the source said. “However, it won’t be on the market because of who they are. It’s only being shown to people who are confirmed with funds and are serious buyers.”

The Sussexes purchased the house in June 2020 from Russian businessman Sergey Grishin, five months after announcing that they were leaving royal duties. They arrived in California at the outbreak of the Covid-19 pandemic, and stayed for three months in the luxury Los Angeles mansion of producer and actor Tyler Perry, who also provided the couple with a full security detail, as they told Oprah Winfrey in their interview last year.

In addition to nine bedrooms, their Montecito estate also has 16 bathrooms, a swimming pool, tennis court, tea house and private playground. There is a dry and wet sauna, a private movie theatre, an arcade and games room, a wine cellar and a five-car garage.

It was reported that the Sussexes chose to move up to Santa Barbara County to gain some distance from invasive paparazzi and to be close to celebrity friends including Oprah Winfrey and Ellen DeGeneres. They also were looking for a more family-friendly area to live. They are parents to Archie, two, and Lilibet Diana, seven months.

They recently enrolled Archie in a local preschool, where both parents have been seen dropping him off with a space-themed lunchbox, the Mirror also reported.

A parent of one of Archie’s classmates told the Mirror: “Harry often drops Archie off and picks him up, and seems like a good dad. All the parents have been laidback in welcoming Harry and Meghan, without making a fuss. And to the other kids, Archie is just one of them.”

But even up in Santa Barbara County, Harry and Meghan have struggled to maintain total privacy on their property. The Daily Mail reported in April that the sheriff’s department had to respond to nine calls from their estate, including twice for a trespasser and five times when their alarm system was triggered.

Certainly, maintaining such a large property comes with a high cost, according to a 2020 report by The Telegraph. Like other Californians, Harry and Meghan were likely hit with a huge property tax bill. They must also pay for staff, security and a mortgage payment that could be as high as US$24,000 (RM100,300) a month.

But Harry and Meghan seemed to be happy with the house and have given fans brief glimpses of it during several media appearances, including when they invited Winfrey to visit their rescue chickens on the grounds of the estate. Meghan also invited the public to view her home office when she hosted a video chat with Melissa McCarthy on her 40th birthday to launch her “40 x 40” initiative. – The Mercury News/Tribune News Service

Share
Previous Had been Tinder Platinum worthwhile,i attempted they for a few several months to learn.
Next Abdul Farid to step down upon expiry of contract