Home / Sports / Malaysia move up in the FIFA rankings, but still overtaken by Oceania tour opponents

Malaysia move up in the FIFA rankings, but still overtaken by Oceania tour opponents

In the latest revision to the FIFA rankings which was released on Thursday, Malaysia have moved up six spots to 167th place, from 173rd previously.

The ranking points accumulated by Malaysia have also gone up to 149, from 116 previously.

Interestingly, Malaysia’s recent opponents in their Oceania tour; New Caledonia and Papua New Guinea, have overtaken the Malayan Tigers in the FIFA rankings. Papua New Guinea, ranked 193rd before their 2-0 win over Malaysia on June 17, shot up to 164th. Meanwhile New Caledonia, ranked 183rd then, have moved up to 161. Only Fiji, which drew 1-1 with Malaysia on 26 June, did not move up nor overtake Malaysia. They slipped down one spot to 187th. 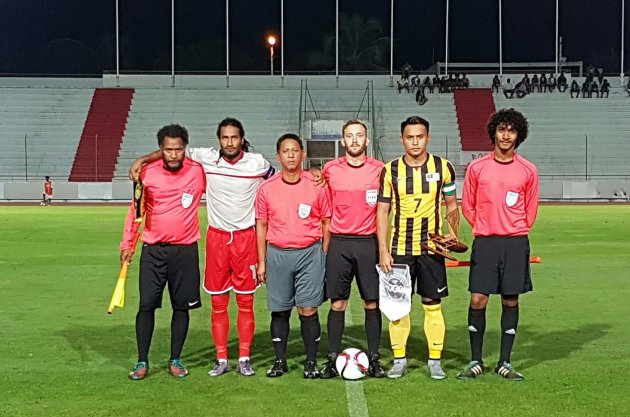 However this happened due to the facts that Papua New Guinea and New Caledonia had previously played and won 2016 OFC Nations Cup matches, and continental competition matches grant more ranking points than international friendlies.

It is for this same reason that other South East Asian teams have dropped in the rankings, unlike Malaysia. Singapore dropped down nine spots to 158th, Vietnam by six to 139th, and Thailand by four spots to 121st. The three teams have already qualified for the 2019 Asian Cup final qualification stage earlier, while Malaysia needed to play a two-legged playoff tie before going through, two matches which they then won.

WARUNG PAK MAT PULAU PISANG If you mention teh tarik madu, the locals will quickly …