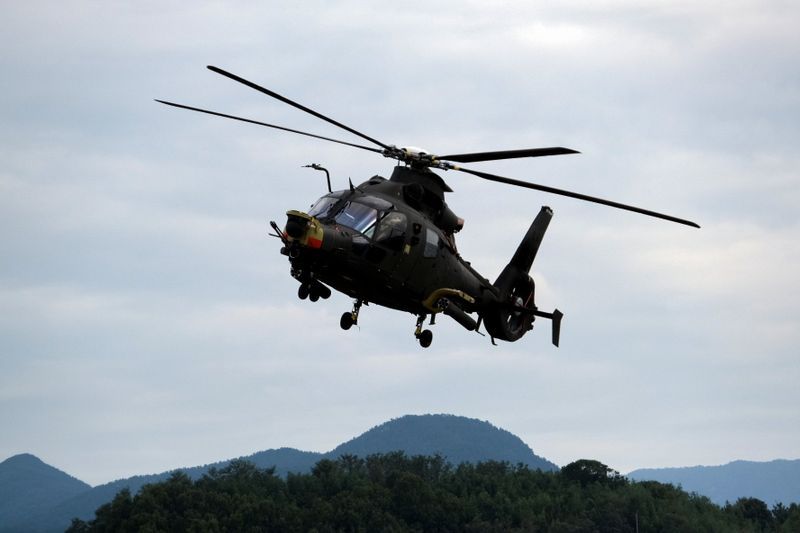 South Korea unveiled the first prototype of the KF-21 in April, with President Moon Jae-in hailing the aircraft as the future backbone of the air force and a step toward the U.S. ally’s greater military independence.

South Korean media later questioned the progress of the programme when that prototype was partially dismantled for more testing but KAI chief engineer Lee Il-woo said on Friday the projects were on schedule.

“Both KF-21 and LAH projects are on track to meet all major milestones,” Lee told reporters at the company’s factory in the southern city of Sacheon.

Company officials declined to comment on any possible overseas buyers of either the LAH or the KF-21 but both aircraft are expected to the centrepieces of next week’s Seoul International Aerospace and Defence Exhibition (ADEX).

The next-generation KF-21 developed by KAI in a project partially backed by Indonesia is designed to be a cheaper, less-stealthy alternative to the U.S.-built F-35, on which South Korea relies.

South Korea and Indonesia are in talks over cost disputes after Indonesia stopped making payments.

KAI plans to carry out ground testing this year, with first flights expected in 2022.

At the facility in Sacheon, three KF-21 prototype airframes in bright yellow-green primer were in various stages of production on an assembly line.

Most of the work is being done by hand by engineers rather than automated machines because the process is still at the prototype stage, said Lee Sang-hui, chief of the aircraft production control team.

The assembly line will return to building KAI’s older model TA-50 military trainer aircraft for several years while the KF-21 prototypes are being tested before mass production begins, he said.

The LAH, in its final stage of flight tests, is armed with a 20 mm chain gun and 2.75-inch unguided rockets, with plans to eventually mount air-to-ground missiles.

“This next year should be the last year of the development phase,” said KAI helicopter test pilot Kim Jin-soo.