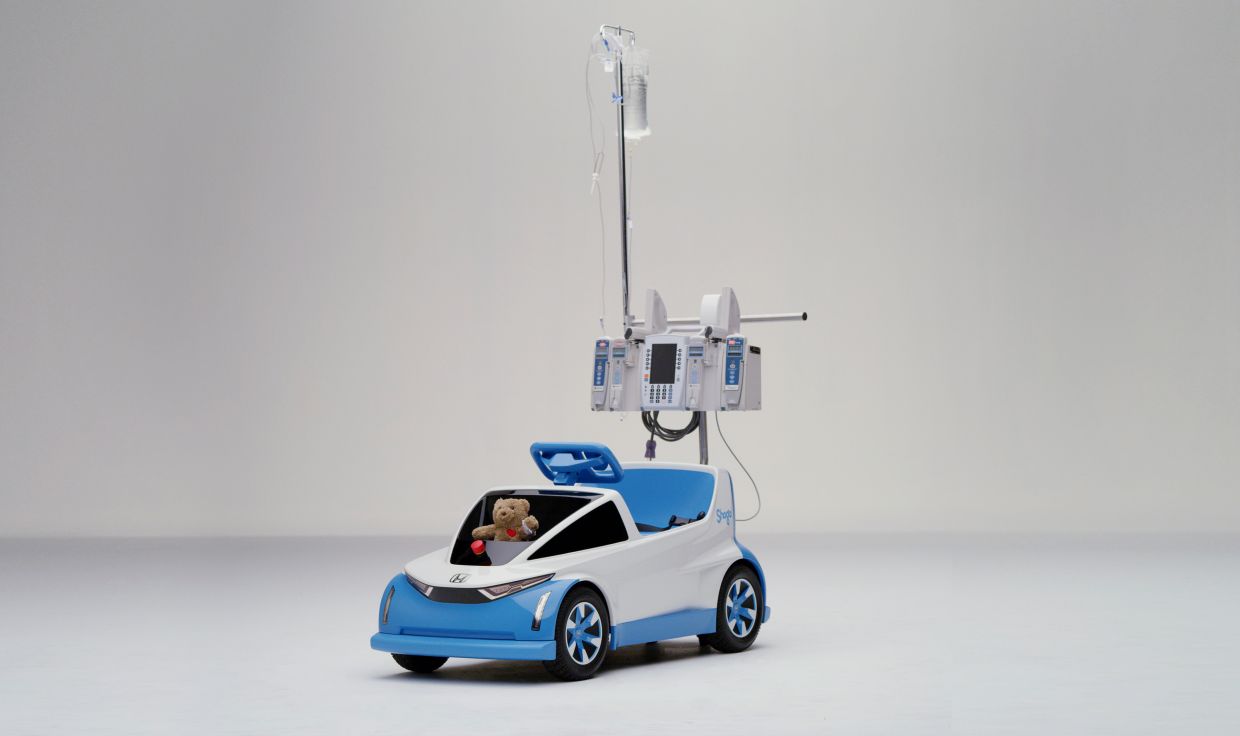 As Japanese automotive maker Honda pushes into the electric vehicle (EV) market, it seems to be starting small, making a tiny car for children.

The Shogo, an electric ride-on vehicle for kids, was created for transporting young patients during their hospital stay and is currently being tested by the Children’s Health of Orange County (CHOC) Hospital in California, US.

Shogo, based on a Japanese word meaning “soaring into the future”, is made for children aged four to nine.

In a press release, Honda stated that it features power steering controls and throttle buttons instead of pedals to make it easier for children to drive.

It was rated to travel between 1-5 miles (1.6-8km) per hour, though it can also be controlled by a handler like a nurse or parent.

Some other features include an IV pole holder that doubles as a handle for caregivers to push the car manually if necessary.

It also has a toy bucket in front to hold teddy bears and such, a cup holder, and a horn that can play different sounds.

Doors are omitted as Honda viewed it as safer for a child to climb into the low-to-the-ground vehicle, which looks a little like a bumper car.

American Honda Motor Co Inc senior exterior designer of vehicles Randall Smock, one of the designers and testers of the Shogo, said every element of the vehicle was designed to accommodate the different needs of children.

“As someone who spent time in the hospital as a young child, I really wanted the number one objective of our Honda team in developing Shogo to ease the hardship of a hospital stay by providing kids a lasting positive memory about that experience,” he said.

In the press release, Honda stated that the CHOC was the first hospital to use the vehicle and was verifying its feasibility and safety.

However, it did not expand if there was a wider rollout plan for the Shogo.

Share
Previous Cricket: Cricket-Bangladesh close in on shock win after Ebadot rattles NZ
Next OkCupid: Matchmaking Application. Have the best relationships application to possess single people and discover a support based on the person are indeed as well as you like.