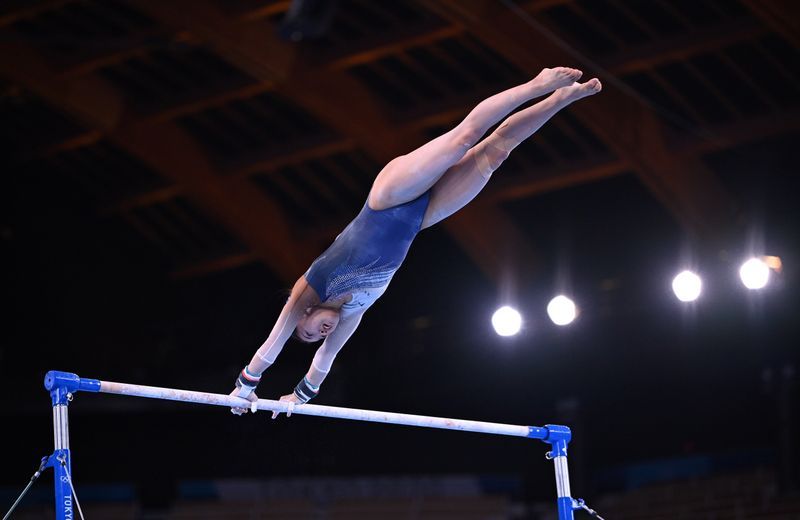 (Reuters) – Japan’s Hitomi Hatakeda pulled out of the women’s all-around final at the 2021 World Artistic Gymnastics Championships after the 21-year-old suffered a serious spinal injury during a training fall, the Japan Gymnastics Association said.

Hatakeda, who appeared at the Tokyo Olympics, injured her spine while training on the uneven bars on Wednesday as she fell face first while attempting a Komova – a transition element from low bar to high bar on the uneven bars.

She slammed her chin hard on the floor and was taken to hospital in an ambulance on a spineboard, forcing her to skip Thursday’s all-around final in Kitakyushu.

The Japan Gymnastics Association said Hatakeda was diagnosed with damage to her central spinal cord and bruising of the cervical spine following an MRI.

She is in pain but conscious and in stable condition, and is due to undergo further tests on Thursday.

(Reporting by Manasi Pathak in Bengaluru; Editing by Himani Sarkar)