From splurge to ‘common prosperity’: Alibaba tones down Singles Day 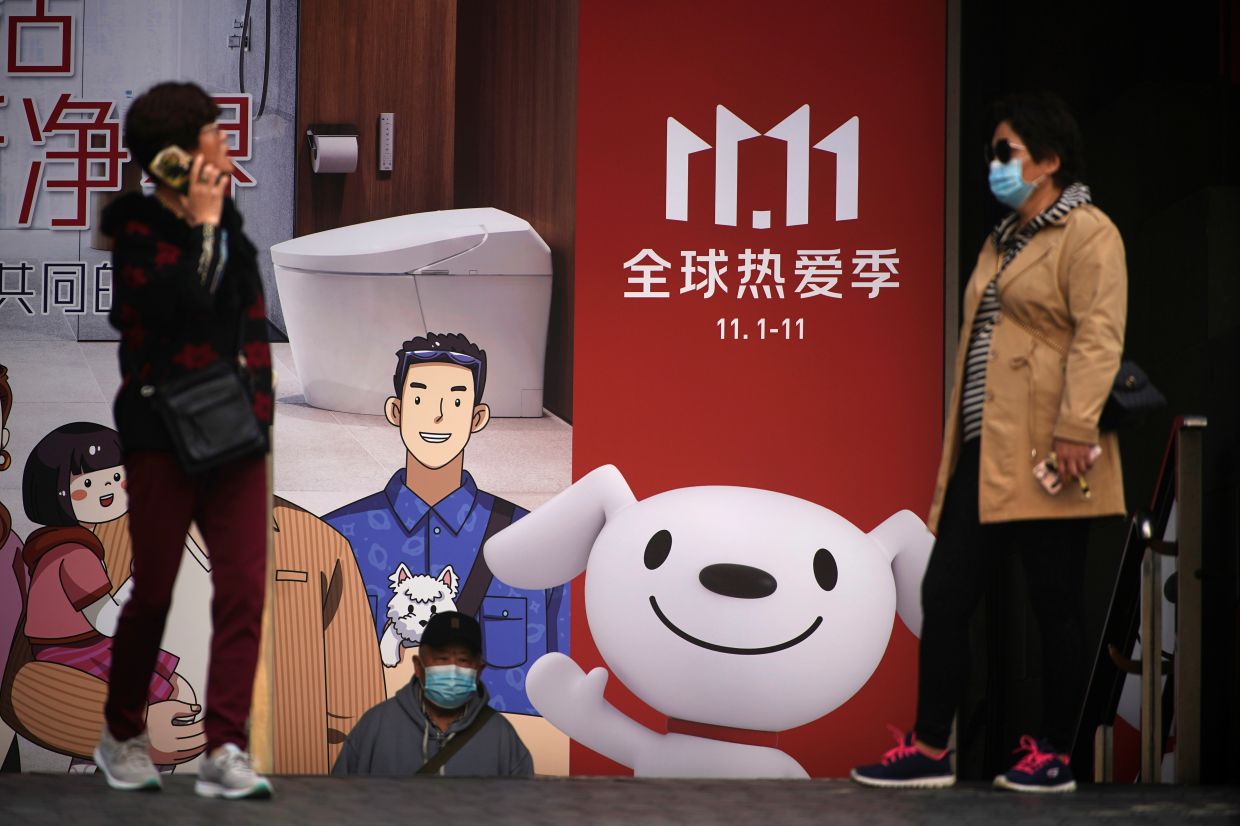 SHANGHAI: Alibaba Group’s annual ‘Singles Day’ shopping spree is set for its most sober tone ever this year, as the retail giant preaches sustainability rather than hyping the usual sales boom amid calls by Beijing to promote “common prosperity”.

In 2020, Alibaba expanded what it calls the world’s biggest online shopping festival from a one-day Nov 11 event into a 11-day extravaganza, with celebrity performances and a sales metric ticking over live on a scoreboard that ended with the news that it had racked up US$74bil (RM306.98bil) in orders, or ‘gross merchandise value’ (GMV), flashing big and bright.

This time around, the event comes at a time of much more stringent regulatory scrutiny for China’s biggest companies – including Alibaba – and the call to promote “common prosperity” and curb excess echoing around boardrooms. In 2021, Alibaba is formally promoting “sustainable development” and “inclusiveness”.

While livestreaming stars and deep discounts will still play a big role in this year’s festivities, the company said its priorities this year were encouraging “eco-friendly consumption” and “supporting vulnerable populations”.

“We have been shifting our focus from pure GMV growth to sustainable growth,” its chief marketing officer Chris Tung told reporters last week. He did not directly answer when asked whether Alibaba planned to flash the final GMV figure this year.

The environment has changed dramatically for China’s big e-commerce platforms – especially Alibaba and its founder Jack Ma – as the Chinese government under President Xi Jinping targets what were seen as excesses and abuses in the country’s vast and free-wheeling “platform economy”.

Last week, Chinese regulators said they had told e-commerce sites to curb spam in the run-up to Singles’ Day. They also drafted a list of responsibilities it said it expected platform companies to uphold, the latest in a spate of regulatory admonitions.

Amid the new regulatory intensity, Alibaba has responded.

In September, it said it will invest 100bil yuan (RM64.83bil) by 2025 in support of “common prosperity”, while in October it launched a version of its Taobao e-commerce platform tailored for senior citizens.

For this year’s Singles day, it also said it would be developing with partners new products with lower carbon footprints and pledged to make charitable donations alongside some purchases.

In response to Reuters questions for this article, it said “11.11 (Singles Day) is a powerful and influential platform that we will fully leverage to advocate and drive our ESG (environmental, social and governance) initiatives this year”.

The South China Morning Post newspaper, owned by Alibaba, last week cited unnamed company officials as saying Singles’ Day would not focus on the “typical showcase of sales, marketing and consumption” in a report on a European “study tour” by Jack Ma to pursue his “passion for technology in agriculture”.

Still, the event is expected to generate a sales bonanza for merchants as Chinese shoppers hunt for deals amid slowing economic growth. Alibaba said a record 290,000 brands would be participating and its Tmall marketplace would offer more than 14 million deals. – Reuters