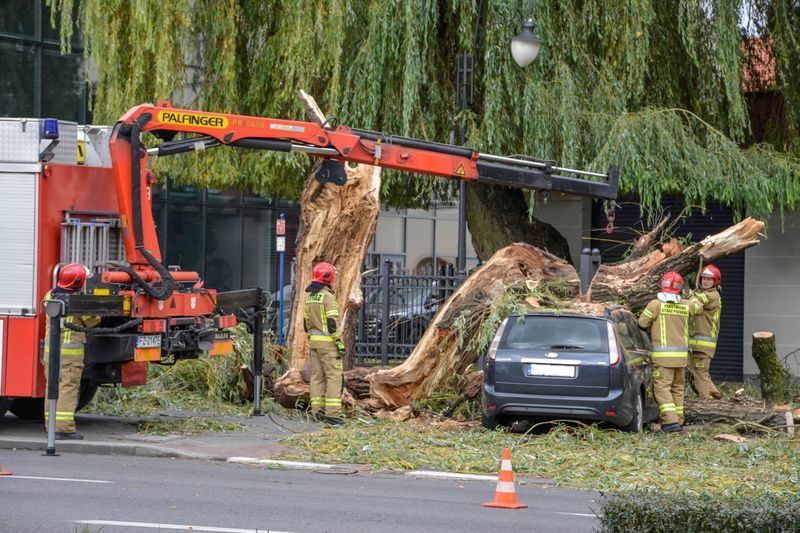 WARSAW (Reuters) – Four people were killed and 18 injured in a storm that battered Poland with hurricane-force winds on Thursday night, authorities said, damaging properties and felling trees across western and central areas of the country.

“The storm was terrible, it broke the sheet metal and took it from one part of the roof to the other side of the house,” Krzysztof Kolczynski, whose house in the village of Maszkowice in central Poland was damaged in the storm, told TVN24.

“It’s good that there were chimneys, otherwise it would have torn off the entire roof.”

In the south-western city of Wroclaw, police said that two people were killed when a tree fell on their car.

“Wroclaw police received a report about a tree that fell on a moving vehicle,” said police officer Pawel Noga. “Unfortunately, it was confirmed on the spot that two people in the car were killed in the incident.”

The Polish meteorological office issued fresh storm warnings for Friday evening, with the north of the country expected to face the strongest winds.