Football: Soccer-With Davies leading the way nobody is laughing at Canada now 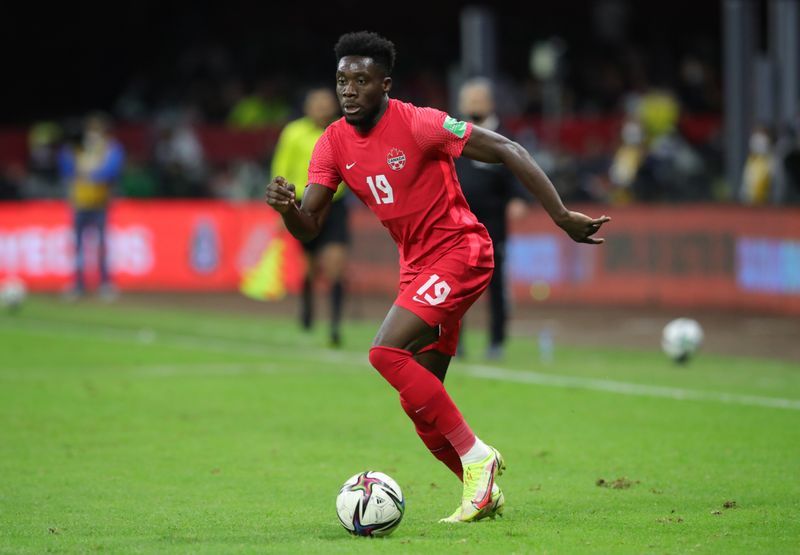 (Reuters) – Alphonso Davies says his Bayern Munich team mates have poked fun at him for being a soccer player from hockey-mad Canada and, while he shares laughs over the good-natured ribbing, his aim is to ensure his country are no longer the butt of World Cup jokes.

Over the decades when it comes to international soccer Canada’s men’s team have provided little more than a good punch line for bad jokes about qualifying for the World Cup only once – in 1986 when they failed to earn a point or score a goal.

But no one is laughing now as unbeaten Canada, led by Davies, continue the push for a spot at next year’s Qatar World Cup with CONCACAF regional qualifiers coming up in Edmonton against Costa Rica on Nov. 12 and Mexico four days later.

“They are jokes and I understand that but for me sometimes I take it personally and every time I come back home I just want to prove to them we are getting better and better,” the 21-year-old Davies told a news conference on Thursday.

“For me the goal is to make it to the World Cup and maybe face some of my team mates and show them we can compete here with you guys as well.”

With Davies, who plays at left back for Bayern but can play further forward, leading the charge, Canada have been the surprise package in the eight nation final qualifying round known as the Octagon, joining Mexico as the only unbeaten teams.

The Mexicans are top on 14 points followed by the United States with 11, Canada on 10 and Panama eight after six games.

The top three qualify for Qatar 2022 while the fourth-place side go into an intercontinental playoff.

“I feel like this team is really opening some eyes and we can make it to the World Cup,” said Davies, who has 10 goals in 28 appearances for Canada.

“When I first started my journey we knew the journey was not going to be easy. They say Canada is a hockey country but we want to change that.”

It will be cold at Edmonton’s Commonwealth Stadium with temperatures expected to dip below freezing for both matches.

“The weather is going to be a challenge even for us Canadians but especially the Costa Ricans and Mexicans,” added Davies. “Us Canadians we’re used to it so hopefully the weather plays a part in our favour.”

A former refugee whose family settled in Edmonton, the two matches will mark a homecoming for Davies who will be the undisputed headliner with close to 40,000 fans expected for each game including his family and friends.

“Since I left Edmonton this is the first time I am returning and playing in front of the city,” said Davies. “For us these two games are really important. It really sets us up if we can get six big points.

“We know it is not going to be easy, especially Costa Rica and Mexico – these two teams are good teams and the boys we know that.”

(Reporting by Steve Keating in Toronto; Editing by Ken Ferris)