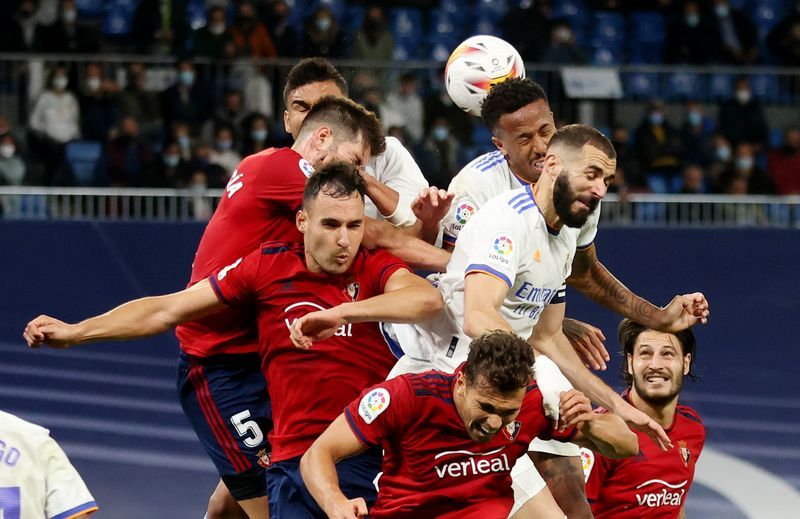 (Reuters) – Real Madrid capped a day of topsy-turvy results when they were held to a goalless draw by Osasuna in LaLiga on Wednesday.

Three days after eclipsing rivals Barcelona in the season’s first Clasico, Real failed to reproduce the fireworks against high-flying Osasuna.

The team from Pamplona keep on defying the odds and are now sixth in LaLiga, only two points behind Real, Sevilla, Betis and Real Sociedad, the four clubs tied on 21 points. Osasuna also sit four points above Barcelona, who slumped to their second successive league defeat on Wednesday following a 1-0 loss to Rayo Vallecano.

Real were repeatedly frustrated by Osasuna, who played with 11 men behind the ball as they focused all their energy on blocking their opponents from scoring and their gamble paid off as they left the Santiago Bernabeu Stadium with a valuable point.

Despite dominating the game with 76% of ball possession, Real failed to break the deadlock.

Osasuna, who have only lost twice in 11 league games this season, are now unbeaten in their last five LaLiga matches.