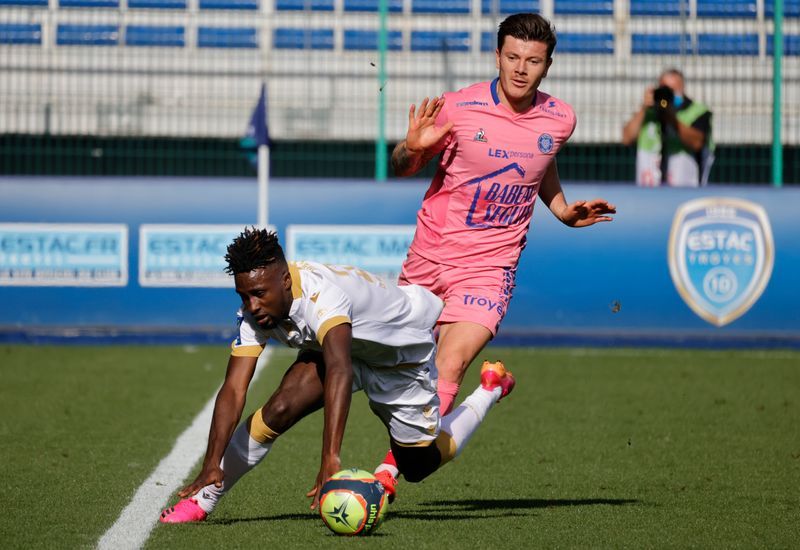 PARIS (Reuters) – Nice were caught napping early on as they slumped to their second Ligue 1 defeat of the season with a 1-0 loss at lowly Troyes on Sunday.

Forward Mama Balde scored the only goal after four minutes to lift Troyes up to 16th on nine points from 10 games, seven behind third-placed Nice.

The Azurean side have a game in hand, which they will play against Olympique de Marseille in 10 days time after the match was abandoned amid crowd trouble that resulted in Nice being docked a point.

Second-placed RC Lens, who have 18 points, travel to Montpellier later on Sunday, hoping to narrow the gap on leaders Paris St Germain to six points.

Troyes got off to a fast start when Balde struck with a shot into the roof of the net from Giulian Biancone’s cutback.

Nice threatened just before the interval but Gauthier Gallon punched away Andy Delort’s header to keep the hosts ahead.

Yoann Touzghar was brilliant up front for Troyes but he lacked precision as Nice pushed for an equaliser.

Amine Gouiri replaced Hicham Boudaoui in the 56th minute and almost immediately tested Gallon but the visitors failed to find the inspiration to break the deadlock.