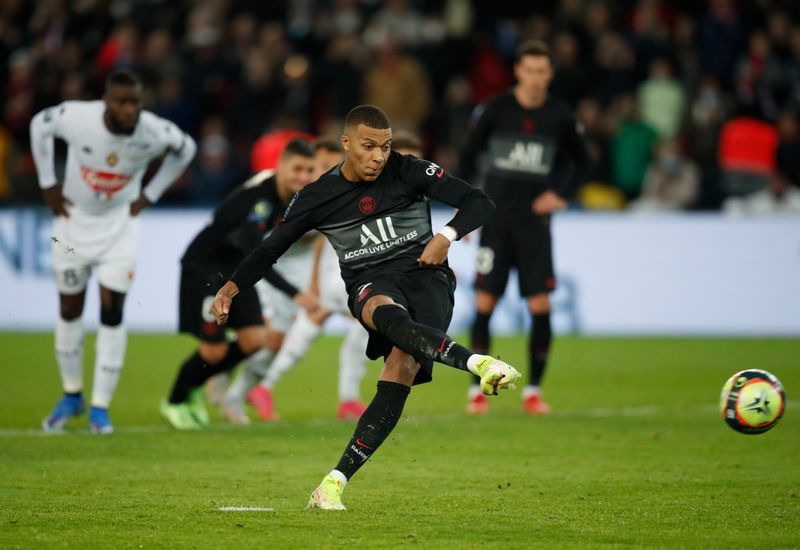 PARIS (Reuters) – Kylian Mbappe ended a four-game scoreless streak for Paris St Germain with a late penalty that helped the capital side extend their Ligue 1 lead to nine points with a 2-1 home win against Angers on Friday.

The France striker buried his spot kick three minutes from time after Danilo Pereira had cancelled out Angelo Fulgini’s first-half opener to put PSG on 27 points from 10 games.

Angers, who were the best side in the opening half, are fourth on 16 points as they left the Parc des Princes frustrated after a VAR review gave PSG the late penalty for a Pierrick Capelle handball.