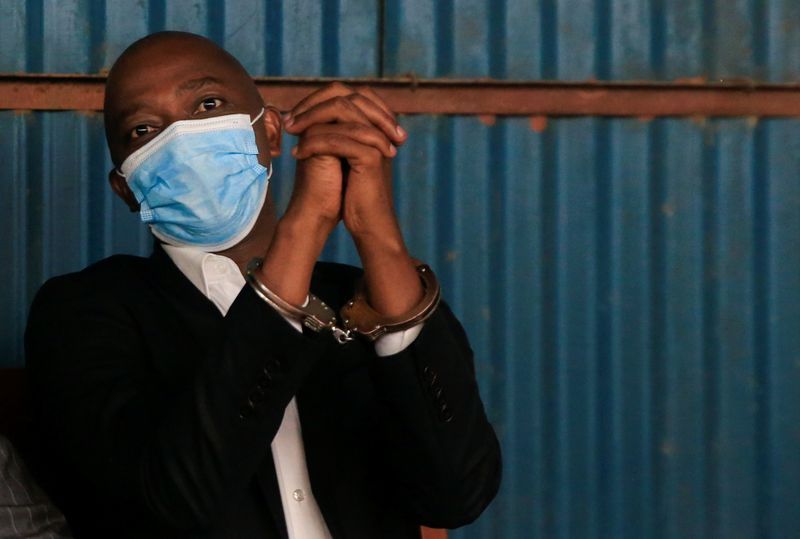 NAIROBI (Reuters) – Nick Mwendwa, president of the Football Kenya Federation (FKF), was granted bail by a Kenyan court on Monday after police had sought his detention for 14 days to allow for an investigation into allegations of corruption.

Police arrested Mwendwa on Friday, the day after the sports ministry announced that a caretaker committee would run the federation for six months while authorities investigate allegations of financial irregularities during his tenure.

There is concern that the move could have broader implications for Kenyan football. World soccer’s governing body FIFA has previously suspended countries, including Kenya, for government interference in a national football body.

“Over the past few years, the Football Kenya Federation has faced several governance issues that have been of great concern to the ministry,” sports minister Amina Mohamed said last week.

The FKF, Mohamed said, had failed to account for all of the public funds that had been allocated to it and failed to disclose financial assistance received from other sponsors.

Neither FIFA nor the FKF immediately responded to requests for comment.

Police will continue their investigation into the allegations, which they said include “fictitious” money transfers and withdrawals, while Mwendwa is on bail.

“From the documents we have seen, this appears to be a witch-hunt,” Erick Mutua, one of Mwendwa’s lawyers, told Reuters. No evidence indicating financial mismanagement or theft of funds had been shown, Mutua said.

Devolution of authority in fisheries a first step to greater autonomy, says Kitingan

Tennis: Tennis-Swiatek splits with coach ahead of 2022 season

Thailand seizes $88 million worth of crystal meth bound for Taiwan

Muhyiddin optimistic that PN will be people’s choice in GE15