Football: Soccer-‘I challenge anyone to say footballing pyramid is satisfactory’-Agnelli 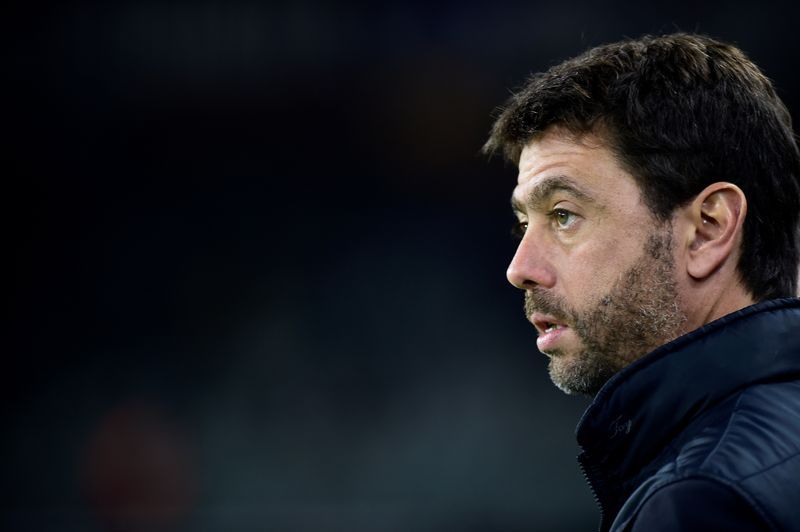 TURIN, Italy (Reuters) – Juventus chairman and founder of the proposed European Super League Andrea Agnelli said on Friday that he challenged anyone to say that the current system of professional soccer was satisfactory, as he again called for reform.

Agnelli’s Juve, as well as Barcelona and Real Madrid, were the last of the 12 clubs who signed up to the Super League in April not to have distanced themselves from the breakaway project.

The proposal unravelled quickly after widespread condemnation. Nine rebel clubs who had quickly pulled out of the breakaway, including Manchester United and Liverpool, agreed to pay a combined 22 million pounds ($30.32 million) to European soccer’s governing body UEFA as a “gesture of goodwill”.

Agnelli, however, is still not giving up hope of making changes to the game.

“Beyond the results, I challenge anyone to say that the current professional football system can be considered satisfactory,” Agnelli told a shareholders meeting at the Juventus Stadium.

“What I find surprising is that any reform proposal is set aside, whether it be competition, governance or trade. For 10 years I have collaborated to change the system.

“When it was decided that the fourth place in Italy or another country has more rights than a team from another championship, the logic is commercial and not sporting.

“In that moment there was a scandal, but what was created was the Champions League, which is considered one of the best competitions in the world.”

The Super League argued it would boost revenue for top clubs and allow them to distribute more money to the rest of the game.

Agnelli said European football was concentrated into a monopoly of executive, economic and juridical power, reserving UEFA the “almost arbitrary responsibility of assigning licences”, while labelling the system “inefficient”.

The clubs are now waiting for a ruling from the European Court of Justice (CJEU) as to whether or not UEFA and FIFA are breaking European Union competition rules in the way they control and operate football in Europe.

“Typically the court needs 12-18 months to make a ruling, and the case was opened in April,” Agnelli added. “We expect a ruling would require at least 15 months.”

The European court started looking into the case after a Madrid court referred it in May.

Agnelli also said Cristiano Ronaldo, who left for Manchester United in August after three seasons in Turin, will be seen as a Juve success story but had to move on for the good of the club.

“It was an honour and a pleasure to have him here,” Agnelli added. “What has been done on the pitch we can only applaud him (for) and thank him. The sin is having had it with a year and a half in an empty stadium (due to COVID-19 restrictions).

“However, Juventus is bigger than everyone, than anyone who has participated. Juventus comes before anyone.”