Football: Soccer-Dortmund’s Haaland out for a few weeks with hip injury 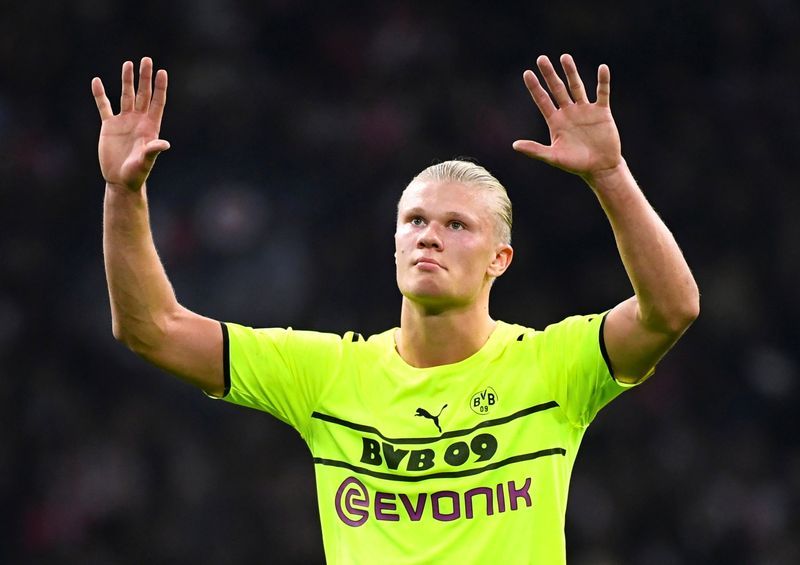 (Reuters) – Borussia Dortmund’s Norway striker Erling Haaland is set to spend a few weeks on the sidelines after picking up a hip injury, manager Marco Rose said on Friday.

Haaland only returned from a thigh problem last week, scoring twice in a 3-1 win over Mainz 05 in the Bundesliga.

The 21-year-old also played the full 90 minutes in the 4-0 Champions League grup stage loss to Ajax Amsterdam on Tuesday.

Speaking ahead of Dortmund’s Bundesliga clash at Arminia Bielefeld on Saturday, Rose told reporters: “Erling will be out, we’ll be without him for a couple of weeks even.

“He has a hip flexor injury which simply doesn’t make it possible for him to play. It’s the same thigh, but another location.

“Erling was really down yesterday because he was happy to be back again. That he is out again is not good for us, it’s not great for the lad, but Erling will get all the support he needs from the club, from the team.”

The Norwegian posted a message on Twitter saying: “Time to focus on my recovery. I’ll be back stronger!”

(Reporting by Dhruv Munjal in Bengaluru; Editing by Ken Ferris)