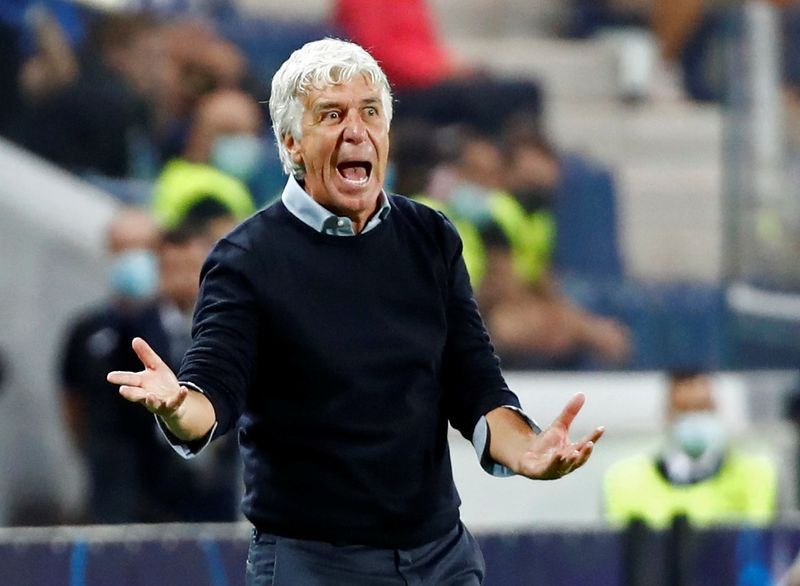 (Reuters) – Atalanta coach Gian Piero Gasperini said on Tuesday that Manchester United are not in crisis and will be ready to produce a reaction to their poor recent form when they face his side in the Champions League on Wednesday.

United welcome Group F leaders Atalanta in the wake of a 4-2 defeat at Leicester City in the Premier League on Saturday, the third loss in their last five games in all competitions.

“They will have a big reaction in front of a large crowd. This is another competition. It can happen that you have a bad run at the start of the season,” Gasperini told a news conference on Tuesday.

“We are facing a great team, I don’t think they are in crisis or in trouble because they lost one game.”

Atalanta have four points after beating Young Boys and drawing with Villarreal, but United will move above them with a win after picking up three points from their opening two games.

The Italians are featuring in their third consecutive Champions League group stage and have faced Premier League opposition in the last two years, reaching the knockout stages on both occasions.

They suffered a 5-1 defeat by Manchester City in the 2019-20 group stage and a 5-0 loss to Liverpool last season before earning a draw and a win respectively in the return fixtures.

“This is definitely a match, like those against City and Liverpool, that we will be richer for playing,” Gasperini said.

“The previous games were very tough, but they brought us some useful results for qualifying. When you come up against Premier League teams you are playing against the best. The level of difficulty is very high, but there’s an opportunity to grow.”

“Clearly we have some important absences, especially as they play in the same roles. This will force us to adapt,” he said.

“But I believe that Atalanta must absolutely not change the way we play or make adjustments we have never made before.

“What we have done so far has brought us to the position of playing in this type of competition.”

Thousands demonstrate in Spain to end violence against women