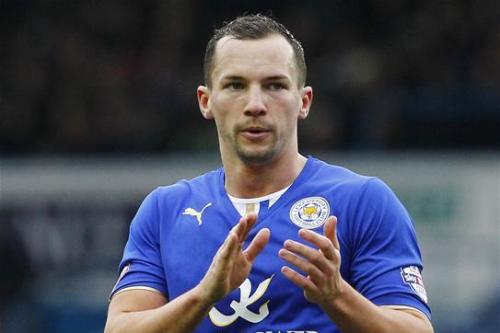 Danny Drinkwater admits he must work hard on his fitness during pre-season after enjoying his summer break from football.

The Foxes midfielder, unlucky not to make England’s final 23-man squad for Euro 2016, is expecting a tough time in Austria as the squad are put through their early paces by the club’s fitness and conditioning staff.

“It’s tough,” Drinkwater told the club’s official website. “The club have been coming here for quite a few years now so we know what’s expected of us. It was good to get among the lads again and start working.

“I think credit to the sports science staff because they get us in good shape quite fast but credit to the boys, too – we all tend to do our own stuff and make sure we come back in good condition. Obviously the boys went off to celebrate at the end of the season – I think everyone did. So now it’s just about getting your fitness back and making sure you’re ready for the season.

“They make sure they keep in touch and put together a pre-season programme and it’s up to you to follow it.

“I’ve enjoyed myself [over the summer], I’m not going to lie, but I’m here to work hard now and let’s see what this season brings.”

Drinkwater also knows how important the trip is for team bonding, with the club’s new signings Nampalys Mendy, Ron-Robert Zieler, Luis Hernandez and Ahmed Musa on board.

“They’re (the new signings) looking good,” he added. “Nice and sharp. As a bunch of lads we make sure that every player who comes in here feels welcome and I’m sure they’ll agree that it’s a pretty easy squad to fit into. So hopefully they all fit together and start to impress.”

Reawakened Ronaldo up against a Croatia at Euro 2016

Friday, 24 June 2016 Two small, British nations clash for the momentous prize of a …