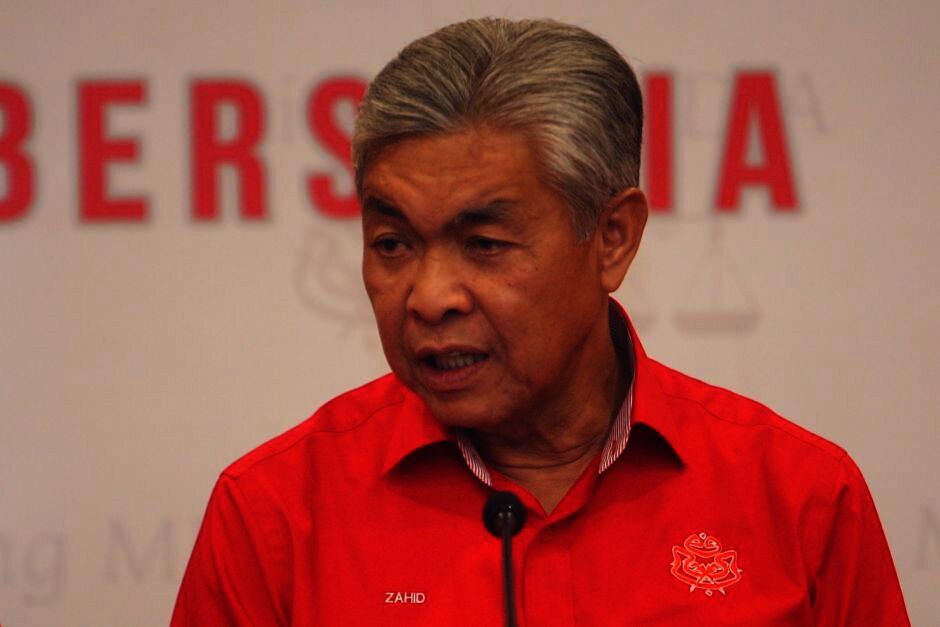 PETALING JAYA: The memorandum of understanding (MoU) agreement signed between the government and the Opposition is not a “holy book” to disallow the General Elections to be held before July next year (2022), said Datuk Seri Dr Ahmad Zahid Hamidi (pic).

However, the Umno president emphasised that it did not mean that the agreement had to be “violated”, but negotiations could be held to reach a consensus.

“We respect the MoU, but the MoU is not a ‘holy book’, it can be changed.

“I don’t think we should violate (the MoU) but the best thing is that we negotiate.

“All parties certainly have different views and by consensus.

“The majority decision will be made based on the results of the discussions held,” he was quoted as saying in FMT.

Zahid added that the decision to hold the General Elections earlier was based on advice given and the advice would of course be taken into account various factors including the MoU signed.

Zahid said that he did not have the power to determine the date of the General Elections and any decision to hold an election must take into account all factors, including the interests of the people, which should be a priority.

“I do not have the power to determine when the exact date or period is to hold the elections because it is the absolute power of the Agong on the advice of the Prime Minister.

“So, the party’s opinion can only be given.

“However, the person who advises the Agong will have consideration according to the arrangements he has,” he added.

On Sept 13, the government and Opposition leaders signed the historic MOU in Parliament, to pave the way for an approach based on bipartisanship and consensus in bringing about stability and reforms.

It was also agreed in the MoU that Datuk Seri Ismail Sabri Yaakob would remain as Prime Minister as long as the MoU was in effect until the Dewan Rakyat was dissolved and that Parliament would not be suspended until July 31, 2022.