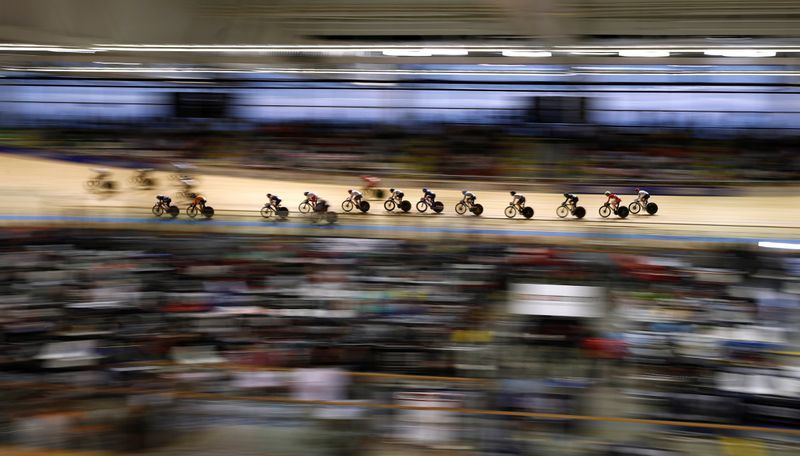 (Reuters) – Romanian police searching for illegal drugs have recovered 21 bicycles belonging to the Italian track cycling team that were stolen during the World Championships in Roubaix, France, last week.

Police from the Romanian Organised Crime Brigade found the bikes in raids on 14 homes in the city of Galati during a crackdown on a suspected drug-trafficking gang.

Police said in a statement https://www.politiaromana.ro/ro/stiri-si-media/stiri/cercetati-pentru-trafic-de-droguri-de-mare-risc-si-furt-calificat-cu-consecinte-deosebit-de-grave on Friday they had detained four suspects who were believed to have stolen 22 bikes – valued at some 600,000 euros ($693,660) – belonging to the Italian team.

Police did not say why one bike was not recovered.

Media reported that one of the stolen cycles was a gold-coloured Pinarello Bolide track bike that Filippo Ganna rode to victory in the men’s team pursuit event at the worlds.

If was not clear if that was the one that was not recovered.

Italian delegation head Roberto Amadio said last week that the theft of the bikes https://www.reuters.com/lifestyle/sports/brennauer-wins-individual-pursuit-italians-have-bikes-stolen-track-worlds-2021-10-23 from the team’s hotel parking lot in Lille was the work of “well-organised professionals.”

(Reporting by Shrivathsa Sridhar in Bengaluru; Editing by Robert Birsel)

Share
Previous Earth from space: Never seen anything like it
Next Britain sending millions more COVID doses to developing nations