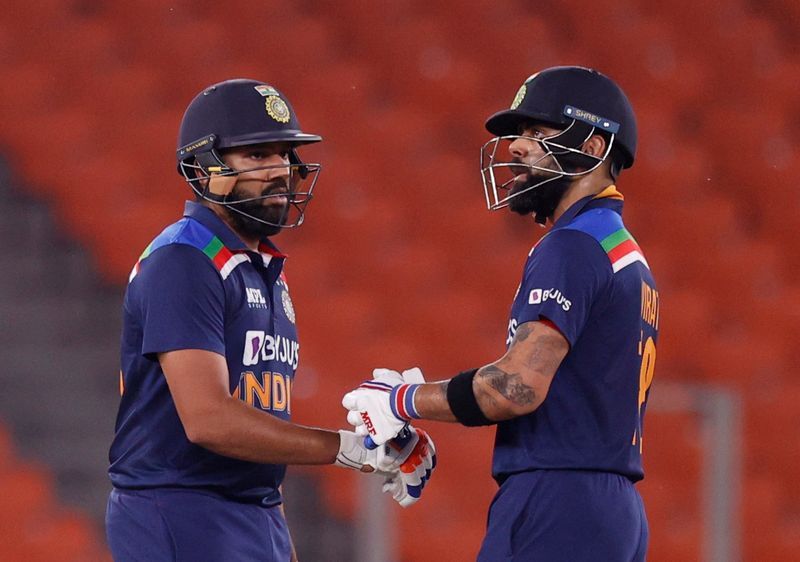 DUBAI (Reuters) – A “brave” question in the news conference brought some moments of amusement for India captain Virat Kohli in an otherwise chastening night for his team, who were thrashed by arch-rivals Pakistan in the Twenty20 World Cup on Sunday.

India went into the Dubai blockbuster with a 12-0 record in World Cup matches against their neighbours but Pakistan ended that streak with a 10-wicket victory https://www.reuters.com/lifestyle/sports/lucky-13-babars-pakistan-break-india-jinx-style-2021-10-24 in the Super 12 Group Two clash.

In the post-match conference Kohli, who will step down as India’s captain in the T20 format after the tournament, was asked if the team erred by not including rookie batsman Ishan Kishan instead of Rohit Sharma at the top of the order.

Rohit is widely tipped to replace Kohli as India’s T20 captain and is considered an automatic choice in the white ball formats due to his strong record in the formats.

The Mumbai batter has three double hundreds in 50-overs cricket, including the highest ODI score of 264, and has also scored four centuries in the 20-overs format for India.

Rohit, 34, retired after a 41-ball 60 in India’s warm-up game against Australia in the leadup to the T20 World Cup.

“I played the team that I thought was the best. What is your opinion?” Kohli continued, with the smile still present on his face. “Will you drop Rohit Sharma from T20 internationals? You’ll drop Rohit Sharma?

“Do you know what he did in the last game that we played? Yeah?”

The 23-year-old Kishan has played two ODIs and three T20 matches for India and showed his potential with an unbeaten 70 in the warmup match against England.

“Unbelievable,” Kohli said, after briefly covering his face with his hand and a shake of the head. “If you want controversy, please tell me before so I can answer accordingly.”

(Reporting by Sudipto Ganguly in Mumbai; Editing by Muralikumar Anantharaman)