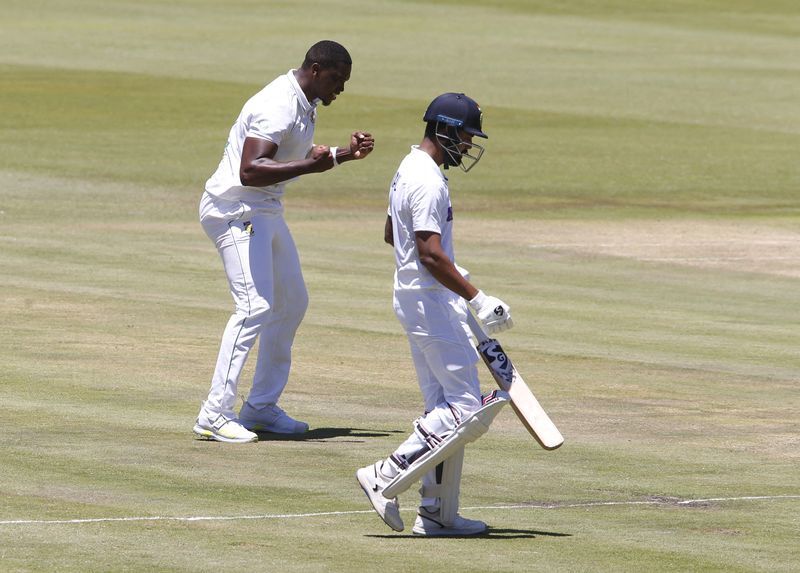 PRETORIA (Reuters) – India showed patience with the bat to reach 79 for three against South Africa at lunch on day four of the first test on Wednesday, a second innings lead of 209 on a lively wicket providing plenty of assistance to the seam bowlers.

Captain Virat Kohli (18) and Cheteshwar Pujara (12) will resume in an elongated afternoon session after the second day was washed out by rain, putting India in a race against time to set the hosts a target and try to bowl them out a second time.

It is the kind of pitch that can move the game forward quickly, as evidenced on day three when 18 wickets fell, but with rain predicted for at least part of the fifth day, India need to up their scoring rate.

That being said, they may already be close to having enough runs.

The highest fourth innings chase at Centurion Park is 251 for eight by England in 2000, an infamous test where both teams agreed to forfeit an innings after rain to force a result.

The next highest is 226 for four by South Africa against Pakistan in 1998.

India started the day on 16 for one but lost nightwatchman Shardul Thakur (10) when he edged Kagiso Rabada to Wiaan Mulder at third slip.

Pujara got a first ball duck in the first innings and should have been out early again, but Rabada dropped a simple catch at mid-on off Lungi Ngidi when the batsman had six.

Ngidi did get his reward for a probing spell of bowling when he induced an edge from first innings century maker KL Rahul (23), Dean Elgar taking the catch at first slip.