Ceylon tea, biscuits, wine and other Sri Lankan products adorned a booth at the Chinese International Import Expo in November, as Palitha Kohona did his best to sell his country’s exports to more than 300,000 viewers on his live-streaming debut.

Ceylon tea, biscuits, wine and other Sri Lankan products adorned a booth at the Chinese International Import Expo in November, as Palitha Kohona did his best to sell his country’s exports to more than 300,000 viewers on his live-streaming debut.

The Sri Lankan ambassador to China faced a language barrier and was visibly uneasy at first, having forgotten that he had agreed to host the broadcast. But the audience flooded the comment section with welcomes, especially after Chinese live-streamer Zora Liu Meixi encouraged him to wave at the camera and told him how to say “Hello my Chinese friends” in Mandarin.

With that, Kohona joined a list of ambassadors to China who have used live streams to present their countries’ wares to Chinese consumers as well as promote China back home as a lucrative market that can enrich their own people.

The envoys have had a helping hand in their initial steps into live-streaming in the shape of prominent Chinese presenters and influencers, who have amassed large followings in a market that Internet analysis firm iiMedia Research valued at 961bil yuan (now US$149bil or RM631.06bil) in 2020.

China’s government and businesses have indirectly supported influencers who transmit the country’s voice beyond its borders, making live-streaming a unique diplomatic channel in linking the Chinese public and the partner country.

For Kohona, the e-commerce benefits to Sri Lanka were plainly evident. At the trade expo, he told viewers about the types of tea he had in the mornings and evenings. Like a professional salesman, he attributed his healthy skin to coconut oil products such as the ones he was promoting.

The stocks cleared within minutes after his efforts on the stream caused a deluge of telephone calls.

“These days, diplomacy, the job of diplomats, is selling,” he told the South China Morning Post. “Business is the business of diplomats. As ambassadors and diplomats representing our countries, we need to promote our products in the host country. We need to encourage investments both ways.” 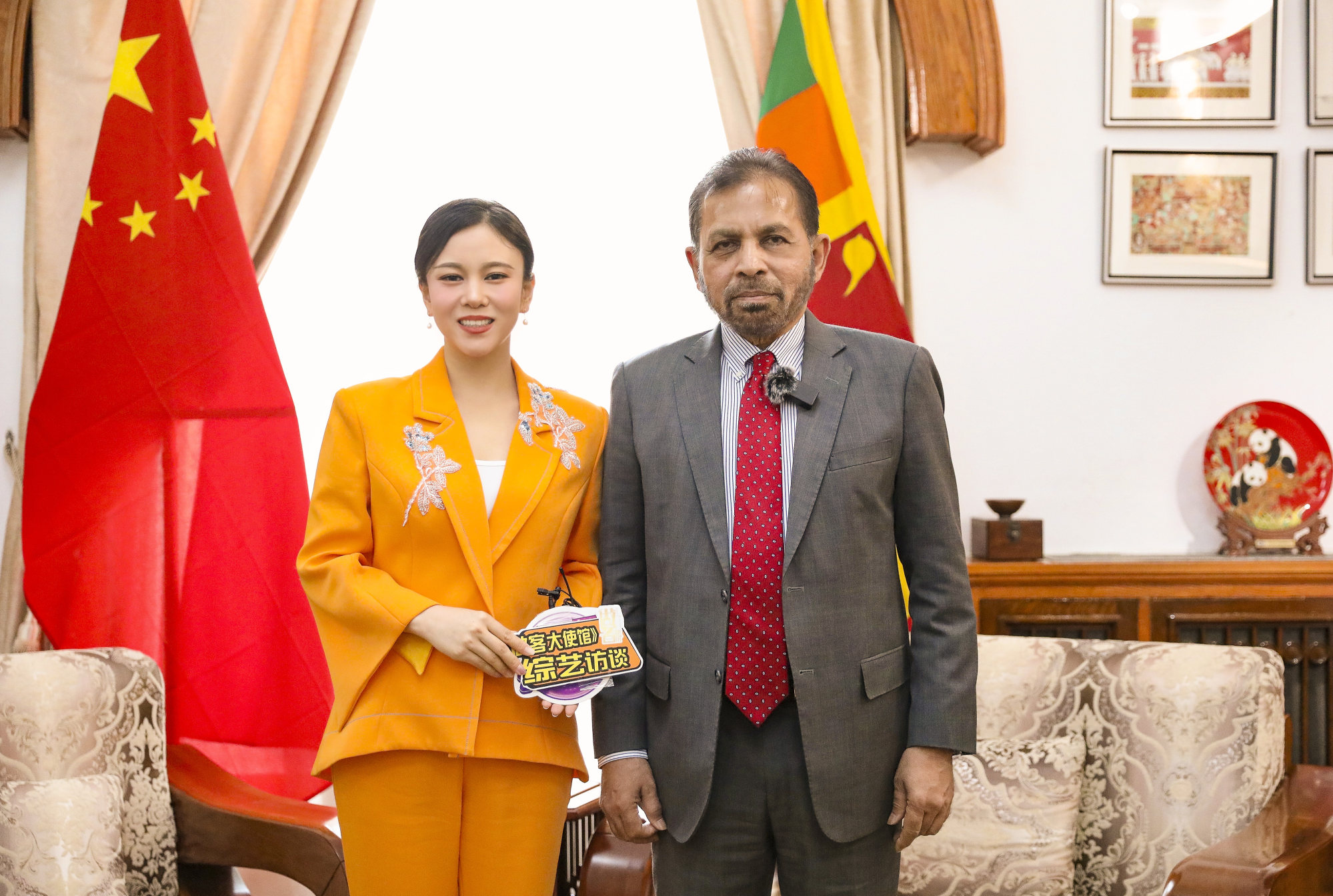 Liu, the live-streamer who gave him tips, had befriended several ambassadors to China through her television programmes in which she interviewed each about their country’s culture and economy.

Her live streams and chat shows with envoys were produced and funded by herself, but she said that the Chinese government had vouched for her work to help extend its reach.

As well as Kohona, those she interviewed on her Guest Embassy variety show included the ambassadors to China from Venezuela, El Salvador, Rwanda and Maldives. The show was screened on Propeller TV, the first British channel to be owned by a Chinese national.

The programme was supported by Cultural China Media, a company indirectly owned by the Chinese finance ministry. Digital economy analysts working under the commerce ministry had advised her on questions to ask and talking points to discuss with the ambassadors, she added.

Liu would teach ambassadors to speak Chinese, encourage them to say approving things about China and introduce them to Chinese festivities and food – things she considered to be spreading “positive energy”.

“Many ambassadors are friends of mine, and it’s like doing a show with friends,” she said. “As a media personality, my biggest goal is to closely follow the country’s publicity strategy, to tell China’s story and spread China’s voice.”

However, envoys from countries she deemed unfriendly to China were not welcomed. “To be honest, these people aren’t that willing to be interviewed by us either,” she said.

As a result, the envoys she had hand-picked to appear on the programme were supportive of China’s foreign policy and would let it be known on Guest Embassy, despite Liu saying she did not intend it to be about politics.

Many of these envoys would later appear on Liu’s live streams to promote products from their countries.

The power of Chinese live-stream retailing in promoting diplomatic ties was seen most recently in the case of Afghanistan.

China is being cautious about recognising the new Taliban-led government because of concerns over its suspected ties with the East Turkestan Islamic Movement, a group Beijing blames for terrorist attacks in the western Chinese region of Xinjiang. But China nonetheless seeks to develop closer cooperation.

In two hours, they sold out 26 tonnes of pine nuts, one of Afghanistan’s profit crops.

Also on sale during the live stream were 22 other products from African and Asian countries, but CCTV said the nuts proved the most popular. Attracting 42 million viewers and generating 60mil yuan (RM39.39mil) in sales, the stream could even help to ease the liquidity crisis in China’s neighbour to its west. Afghanistan has relied heavily on foreign aid, but its access to that was cut after the Taliban seized power by force in August.

China has struggled to boost its soft power with arts and music that resonate outside its borders, but President Xi Jinping has touted “telling China’s story well” as a component of strengthening its global voice and creating an “environment of public opinion conducive to its reform and development”.

James Kimonyo, the Rwandan ambassador to China who has appeared on live streams selling coffee – the East African country’s top consumer goods export – dismissed the idea that streams such as Liu’s worked only to China’s advantage.

“This narrative is wrong,” he said. “Whoever says that it’s a way of China expanding its soft power – sometimes they say it wants to put Africa into a debt trap, or colonise Africa or whatever – it’s a wrong narrative.”

Every project China had invested in involving his country was in tune with Rwanda’s national priorities, he said. “It’s based on mutual respect and mutual interests. It’s nothing like extending an iron fist, or whatever people call it. We look at it as a win-win cooperation.” 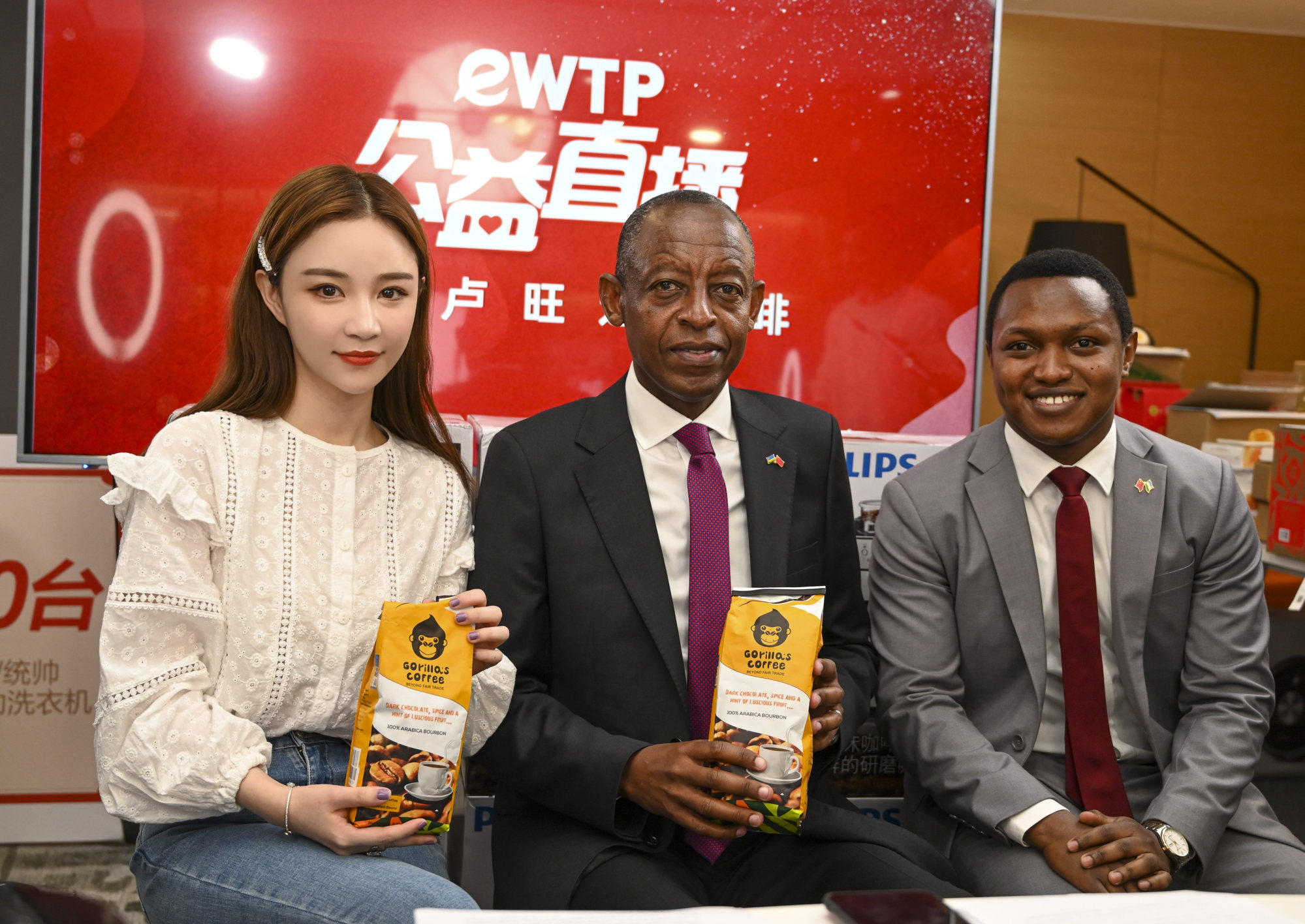 Kimonyo made his live-streaming debut in January last year and sold 2,000 packets of coffee beans in about 10 minutes. He said the live streams pushed tea and coffee farmers to increase their production, raise prices because of increased demand and make a greater profit.

Like the Sri Lankan ambassador, Kimonyo’s live-stream outings were accompanied by a Chinese influencer. The partnership with one of them – Cherie, or Xueli in Mandarin – and the very idea of live-streaming, was introduced to Kimonyo through the Electronic World Trade Platform (eWTP).

“There’s a political will and desire to support African countries to bring their products to the Chinese market,” Kimonyo said. “We have taken advantage of that political will.”

Troy Chen Zhen, a senior lecturer at University of the Arts London, who has written about China’s influencers and its cultural soft power, said that the ambassador-as-influencer phenomenon had caught the attention of the Chinese people because state media had publicised it, given that it aligned with the official discourse.

“It’s about globalisation, continued marketisation and to showcase China’s purchasing power,” he said. “It’s like a media stunt.”

Not only did the live streams open foreign audiences’ eyes to China’s purchasing power, they allowed Chinese viewers to see their country’s influence.

“Cultural diplomacy is bidirectional,” he said. “The message to the domestic audience is arguably more effective than that to foreign audiences.

Sri Lanka’s Kohona also viewed cultural diplomacy as working both ways, with China’s partner state able to benefit from it. He said that a keener sense of Chinese-Sri Lankan ties could develop among Chinese and Sri Lankan people through use of such platforms, which could also help expand Sri Lanka’s soft power and cultural exchange in China.

“At the end of the day, it’s not only investments and trade that build up the relationship,” he said. “Those things help, but we also need to create a better image of Sri Lanka: a friendly country, a welcoming country.” – South China Morning Post

Share
Previous Sorry to say, Zoosk’s internet relationships choices are restricted to an uncomplicated video clip contact feature. When you look at the times of Covid, that is a steep constraint.
Next SC charges Serba Dinamik CEO for submitting false statement

Other Sports: Rallying-Loeb leads Monte Carlo as Fourmaux rolls into a ravine