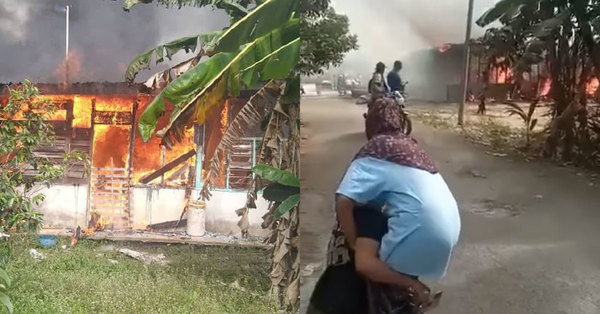 He was arrested and remanded for four days until 15 October. The case is currently being investigated under Section 435 of the Penal Code for committing mischief by using fire.

No casualties were reported in the incident.

Meanwhile, a video showing a woman crying on her knees in front of the burning house while another woman consoles her went viral on social media.

The video uploaded by Kosmo Online received more than 1,500 shares and had over 840,000 views.