They were defeated by Team Spirit 2 in the grand finals of The International 10 (TI10). The winners claimed the Aegis of Champions and the lion’s share of US$18.2 million out of the tournament’s US$40 million total prize pool.

Lift your fears away

PUSHING ourselves out of our comfort zone can be daunting. There are times where we would prefer to stay in our own shadow rather than be the one out there executing amazing things. The same goes for when you step foot into the gym for the first time and you are aiming to utilize the weights section to its full potential.

As if lifting weights on your own was not intimidating enough, you will also be surrounded by various machines that have their own use and you are clueless as to how it is used. The moves can be confusing and your form may be incorrect.

However, your journey does not have to be that way. Here are some beginner tips to help you get a better grasp of the fundamental guide to weightlifting:

Warming up is crucial before you exercise. It does not matter whether you are about to lift weights, do endurance exercises or play badminton, this

THE long-awaited return of fitness centres is finally here. Gym junkies are now slowly able to return to their normal workout routines after what must have felt like a decade of inactivity.

We see men and women doing strength training and weight lifting the moment we step into the gym, but have we ever thought about what impact all of that training has on our mental health?

After grimacing and gritting through the sweat and strain of cardio workouts, high-intensity interval training, aerobics, weightlifting and strength training, here are some of the gains you can expect for your pains.

However, it is important to keep in mind that feeli

BTS member Kim Tae-hyung, better known as V, made headlines when rumours of him dating the daughter of Paradise Group’s president, Jeon Philip, began to swirl on social media.

Paradise Group is a South Korean conglomerate that is famous for their Paradise City hotel and resort branches.

A representative from HYBE recently dismissed the speculations made on their celebrity and confirms the rumours to be false. The agency immediately released a statement that read: “V and the family of chairman Choi Yoon Jung are only acquaintances, the dating rumours are not true.”

The 25-year-old singer was publicly spotted at an exhibition together with their daughter after making his appearance at the VVIP preview event for the Korea International Art Fair (KIAF) 2021 opening.

V was also accompanied by Jeon Philip and his wife, Choi Yoon-jung.

It was reported that the signature

LATE on Saturday, negotiators for the International Alliance of Theatrical Stage Employees (IATSE) and the Alliance of Motion Picture and Television Producers (AMPTP) settled on a deal that would avert a potential industry-crippling workers’ strike planned for today.

The last-minute deal saw a tentative agreement reached on key issues demanded by IATSE, including increased pay for the likes of assistants and script coordinators, meal break penalties, increased rest period and more.

IATSE represents below-the-line workers such as costume and set designers, makeup artists, script coordinators, camera operators and many more of the on-set workers that are not the actors, directors or writers.

For months, the union’s leadership has been negotiation for a new labour deal with the AMPTP, which represents the studios and production companies.

Last Wednesday, nearly 98% of the 60,000-strong union members voted to strike, with over 20 picketin

Bill Cosby sued by actress over alleged rape 31 years ago An actress has sued Bill Cosby alleging that the disgraced comedian drugged and raped her in New Jersey 31 years ago, US court documents show.

Lili Bernard said Cosby lured her to the Trump Taj Mahal casino resort in Atlantic City around August 1990 on the pretext of meeting a producer he said could help advance her career.

Once in a suite at the hotel, Cosby made her a supposedly non-alcoholic drink and after consuming the beverage, Bernard said she vomitted and lost consciousness. She later woke to find Cosby raping her, according to the lawsuit filed Thursday (Oct 14).

Bernard said she lost consciousness again and found herself "naked and alone in an empty bathtub or jacuzzi in the bathroom".

The next morning Cosby handed Bernard money an 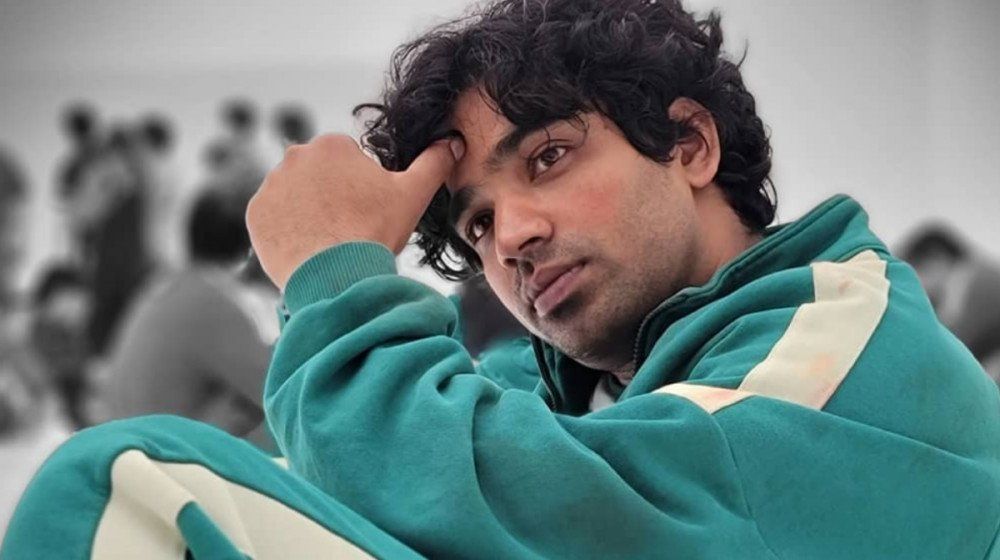 Anupam Tripathi, the India-born, Korea-based breakout star of Netflix's global series phenomenon Squid Game is only just coming to terms with the success of the show.

Tripathi plays Ali Abdul, a Pakistani economic migrant to Korea who is one of hundreds of deep-in-debt people roped into a deadly contest based on Korean playground games.

"We felt that it will be received well, but when it became a phenomenon and sensation, it was not expected – I was not prepared," Tripathi told Variety.

Tripathi grew up in New De Malaysian director Shahrulezad Mohameddin wants the MySejahtera app to be updated after hearing rumours of people in the filming industry opting for fake vaccination certificates.

A recent case in Perak where virus spread within a set due to staff allegedly violating SOP, sparked concerns within the industry of crew members not taking the pandemic seriously.

Actor Syafie Naswip, who's part of the production, voiced his frustrations regarding the situation and that some staff who have not been vaccinated.

Syafie had to be quarantined at a hotel in Perak after it was revealed that one of the crew members on set of the upcoming drama Hidayah Ustaz Viral had tested positive for Covid-19.

"While all the actors complied with the SOP in place Orang Orang Drum Theatre set to liven up your MRT ride in KL with music, dance

Some MRT rides in Kuala Lumpur are going to be groovier and livelier than others, especially with Orang Orang Drum Theatre's public performance art series titled In Transit-ion: A Poetic MRT Journey (In Transit-ion) back in service this month.

In Transit-ion, a community effort with 15 artists from various disciplines, returns this Oct 19 at 7pm along the Sungai Buloh - Kajang line in KL. The 90-minute long performance will take place at the MRT stations and in the train carriages.

In Transit-ion, which started in March, took a hiatus in April due to the pandemic. It will continue on Oct 20 and 24 and Nov 13.

For Orang Orang Drum Theatre, this arts outreach initiative is an important one during these post-pandemic times.

"In this global fight against the pandemic, while solving the physica