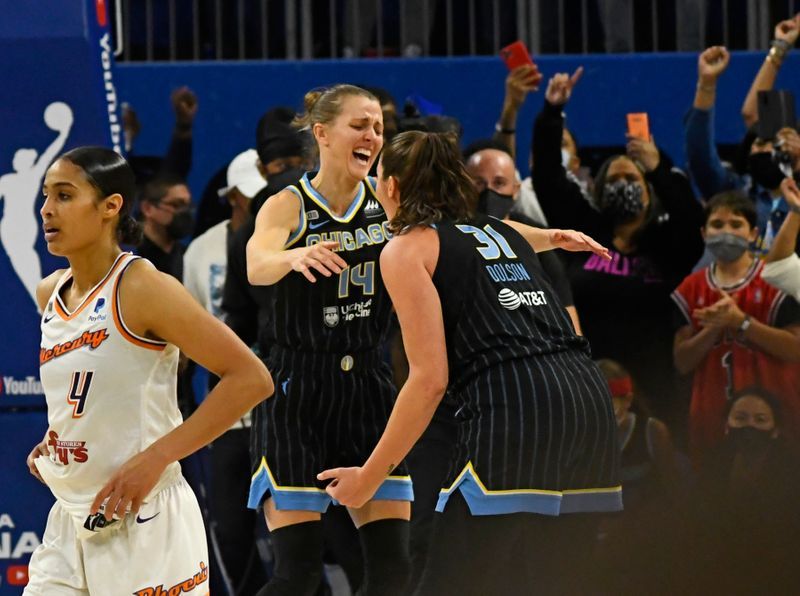 (Reuters) – The Chicago Sky came from behind to beat the Phoenix Mercury 80-74 and win the best-of-five finals series 3-1 to claim the franchise’s first championship on Sunday.

The Mercury looked poised to force a Game Five when they took a 14-point lead late into the third quarter but the Sky came roaring back, tying the game at 72 in the fourth quarter on a wide open three pointer by Candace Parker.

The Sky took a lead they would not relenquish on back-to-back buckets by Stefanie Dolson and played lock-down defence on the final possessions to win the title and send the sold-out Chicago crowd into a frenzy.