AJ McLean is going to be a father again.

The Backstreet Boys singer announced the news via social media Monday. The photo featured four Air Jordans and the words “AND THAN THERE WERE FOUR #LABORDAY” written over them. “So the Mclean family will be expecting a new addition to the family next spring!! #laborday! Ha get it ‘labor’ day!” he wrote on Instagram. “I’m a goof! #avaisgonnabeabigsister #baby2! Keep u all posted!! We’re so excited.”

AJ—who married Rochelle McLean, a hairstylist and makeup artist, in 2011—also shared the update with his 312,000 Twitter followers. Rochelle regrammed the image and mocked her husband’s typo. “*THEN there were FOUR! Cats out of the bag! Couldn’t be more excited to add another little to our family! Baby McLean #2 spring 2017!” she wrote, giving @xfactorbowling credit for the picture and AJ, 38, credit for the “grammar error.” 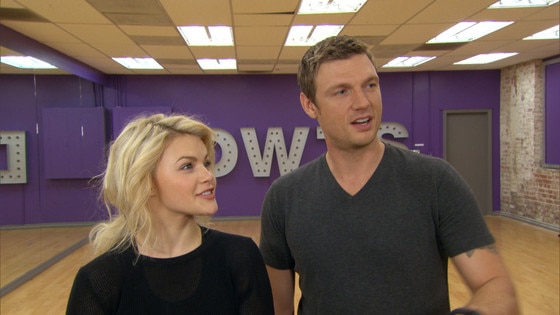 AJ’s bandmates have yet to publicly congratulate him—but who could blame them? The other four members are busy family men, too. Nick Carter welcomed his firstborn son, Odin, in April.Brian Litrell was the first of the five to become a father, and his 14-year-old son, Baylee, recently appeared in the Broadway musical Disaster!. Kevin Richardson has two sons, Mason, 9, and Maxwell, 3. Howie Dorough has two boys, too: James, 7, and Holden, 3.

As he gears up for the arrival of Baby No. 2, AJ is working on his next solo album, Naked. “Off to the studio again. This time w new tricks up my sleeve!” he tweeted Aug. 30. “I’ll check in w y’all while we’re creating the magic.” AJ is also preparing to play the lead role in an upcoming (and currently untitled) film from horror director Eli Roth. And in 2017, the Backstreet Boys will  begin their Las Vegas residency.

Agents of S.H.I.E.L.D. Is Officially on the Hunt for Darkhold: What Does It Have to Do With Doctor Strange?

Agents of S.H.I.E.L.D., Season 4ABCWarning: The following contains spoilers about the most recent episode …

All the Different Hairstyles Kate Middleton Tried in 2016 (So Far)