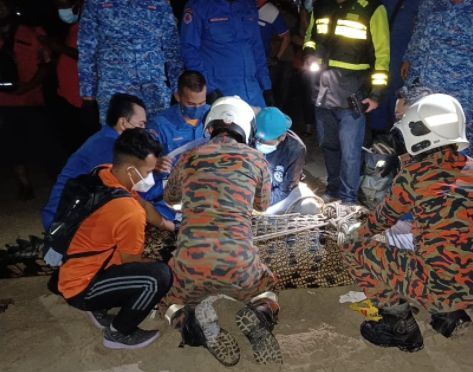 BUTTERWORTH: A 3.67m-long crocodile, weighing around 500kg, was captured at a fisherman’s jetty at Jalan Bagan Ajam here.

The Fire and Rescue Department, in a statement, said they received a distress call at 7.26pm on Friday (Sept 17).

“When the Fire and Rescue team arrived at the scene, we found a crocodile measuring 3.67m long and weighing 500kg, caught in a fishing net in the coastal waters near the Bagan Ajam fishermen’s jetty.

“Together with the Civil Defence Department, we managed to raise the crocodile to land with the net that had been twisted, and made to tie the crocodile.

“The crocodile was in a safe condition and was put into a truck to be handed over to the Wildlife Department for further action.