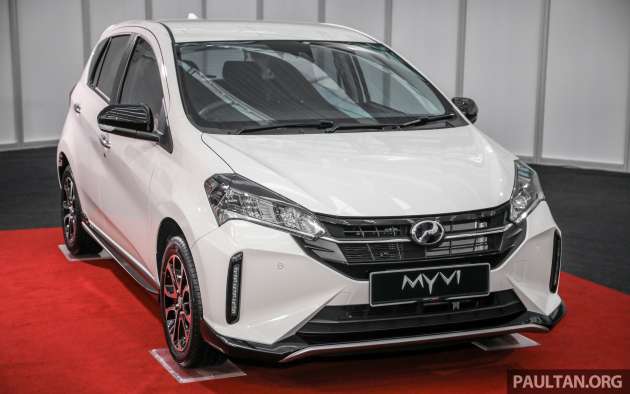 Perhaps the biggest news of the year – possibly even bigger than the Perodua Ativa – is today’s launch of the facelifted Perodua Myvi. Malaysia’s best-selling car remains at the top of the charts some four years on from the debut of the third-generation model, even after its SUV cousin made waves back in March.

Those are some big boots to fill, but the new D51A model is jam-packed with several new features from the pioneering Ativa. Which is why it’s no surprise to find that Perodua has already secured an impressive 4,303 bookings for the car, just nine days after it opened the order books.

You won’t have to wait too long for your cars to arrive, either, as deliveries are slated to start tomorrow. “We are thankful to our customers and to all Malaysians for the support shown to both Perodua and the new Myvi,” said president and CEO Datuk Zainal Abidin Ahmad. 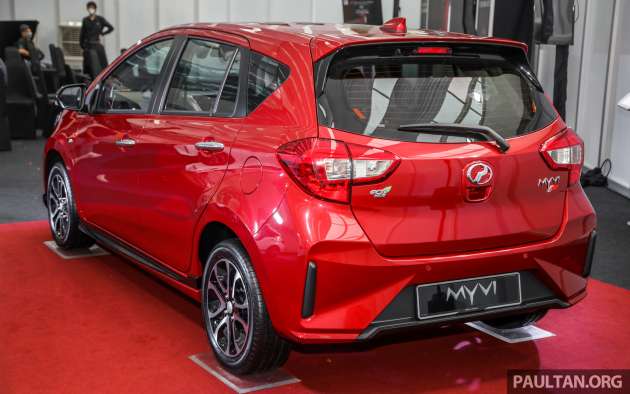 The company expects to sell around 6,000 units a month, though that’s probably a conservative estimate, given that some 8,761 Myvis left dealer lots in October. By comparison, Perodua sold 5,973 units of the smaller Axia, while rival Proton registered 5,107 sales of the Saga sedan.

The latest Myvi is poised to continue the sales success of the third-generation model, of which 277,329 units have already ended up in the hands of Malaysians since its launch almost to the day in 2017. “The Myvi has struck all the right chords with Malaysians and has been widely accepted by the people. This new offering is to ensure that our valued customers are getting the best value as possible,” Zainal said.

As mentioned, Perodua has added a raft of new cosmetic, technological, safety and even driveline tweaks, many of them lifted from the Ativa. By far the biggest change is the switch from the old four-speed automatic gearbox to the D-CVT that has now been made standard across the range, the five-speed manual having been dropped (the tissues are in the box by the corner, purists). 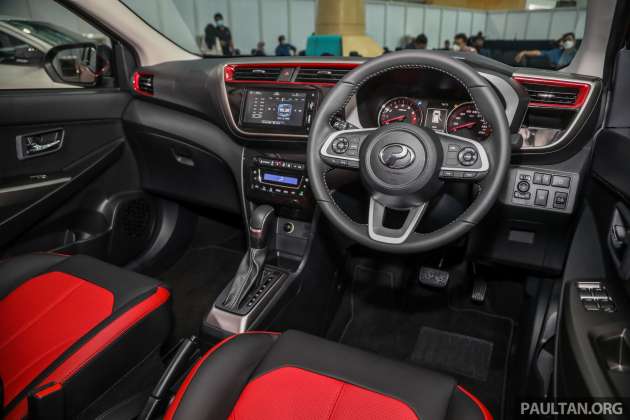 This is claimed to provide better acceleration and a useful improvement in fuel economy, now hitting 22.2 km per litre. This is despite the engines remaining identical – a 95 PS/121 Nm 1NR-FE 1.3 litre and a 103 PS/137 Nm 2NR-FE 1.5 litre. Aesthetically, the Myvi gains an Ativa-style front grille, available LED daytime running lights (a Perodua first) and a new Cranberry Red paint and a searing red interior for the AV variant.

Speaking of which, the AV also receives the full Perodua Smart Drive Assist (PSDA) suite of safety features, including adaptive cruise control and lane centring assist. This makes it the cheapest car in Malaysia to come with Level 2 semi-autonomous driving capability, although at RM58,800 it is quite a bit more expensive than before. All other models, barring the base RM45,700 G model, come with autonomous emergency braking, lane keeping assist and auto high beam, a significant step up from the previous Myvi.